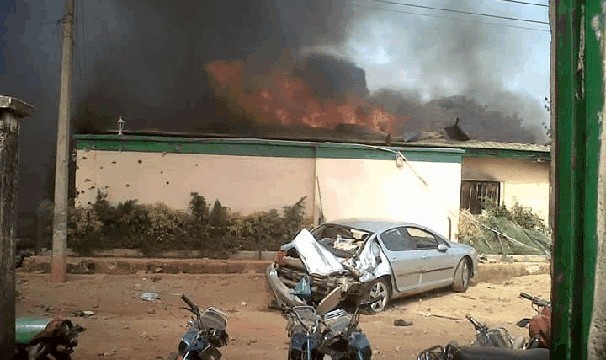 The Nigerian army has confirmed the arrest of the country’s Shia leader Sheikh Ibrahim al-Zakzaky in the wake of a deadly attack on Shia Muslims in the northern city of Zaria.

On Monday, the Nigerian army in a news conference confirmed the raid on the Shia Muslims and also the arrest of Zakzaky, with Major General Adeniyi Oyebade saying, “I want to convey to you members of the press that the Shia leader al-Zakzaky is safe and in protective custody in a very secured facility. His wife is safe and also in protective custody. In the course of time he himself will be speaking to his members.”

Yet, Ibrahim Musa, spokesman for the Islamic Movement of Nigeria, gave a different account, saying the group’s leader was injured in the attack and had been unable to leave his house “because of the gunshot wounds he sustained in the indiscriminate fire soldiers opened on the house and his followers who tried to protect it.”

“We gathered he was taken to Kaduna (70 kilometres, 45 miles away). We got in touch with the medical doctor that is treating him who confirmed to us that our leader is critically ill from four gunshot wounds he sustained,” he said, adding that Zakzaky’s son and wife were among the victims of the assault.

This is while a photo circulating on social media appears to show Zakzaky being seriously wounded.

The image circulating on social media is said to show the Nigerian Shia cleric during arrest.

Earlier, the Islamic Movement of Nigeria and Zakzaky’s daughter also confirmed the detention of the top cleric.

The cleric’s daughter, Nusaiba Ibrahim Zakzaky, told Press TV in an exclusive interview on Monday, “The only thing that I could say is because my dad is trying to get people to understand… because in Nigeria people are just oppressed, people do not have rights, the government does whatever they want to do.”

She added that Zakzaky’s efforts have been aimed at helping people understand that they have certain rights and should fight for them.

“Whoever, I guess, is in power and wants to remain that way does not want that to happen because if people understand that they have rights and they have a choice and they do not have to live the way they are living [in Nigeria] right now, maybe their power is threatened,” Nusaiba said.
Nigerian forces raided the house of Zakzaky, the leader of the Islamic Movement of Nigeria, on Sunday and arrested him after reportedly killing several individuals attempting to protect him, including one of the movement’s senior leaders and its spokesman.

The development followed clashes between troops and Shia Muslims in the country’s city of Zaria, in Kaduna State, on Saturday, in which at least 15 people were killed and many more injured.

Reports said soldiers opened fire on the people attending a ceremony in Hussainiyyah Baqeeyatullah, a religious center in the northern city. The Shias had reportedly stopped the convoy of the Nigeria’s Chief of Army Staff Lieutenant General Tukur Yusuf Buratai as the top Shia cleric was planning a speech in the religious center.

Shia Muslims are seen lying on the ground amid a raid by Nigerian government troops (unseen) targeting the house of top Shia cleric Ibrahim al-Zakzaky in Zaria, December 12, 2015.

Elsewhere in her comments, Nusaiba expressed doubt that the government would be held responsible for its crimes against the Shia Muslims in Nigeria.

“Of course, I do not know if they will be held responsible. They have never been held responsible for anything they do. They take people out and kill them and nobody cares and there are videos and evidence of everything,” she said.

The Nigerian army had also targeted Shias in August last year as people were holding a demonstration to condemn Israeli attacks on the Palestinians.

Shias in Nigeria have also been targeted by the Takfiri militant group Boko Haram. More than 20 people were killed on November 27 in a Boko Haram bomb attack targeting Nigerian Shia Muslims during an annual religious procession in the northern state of Kano.