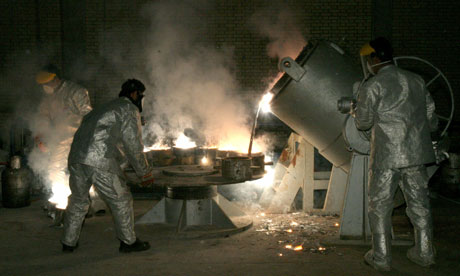 MOSCOW (Sputnik) – Abbas Araqchi said the exchange would take place after the International Atomic Energy Agency (IAEA) Board of Governors adopted a resolution on Tuesday closing the Iranian nuclear program’s possible military dimensions (PMD), according to the IRNA news service.
December 15 has been set by six world powers and Iran this July as the date when IAEA Director General Yukiya Amano provides the final assessment of Tehran’s past and present outstanding issues to the Board of Governors. The IAEA Board of Governors are expected to vote to close the PMD case.

Iran has implemented its activities under the roadmap to clarify past and present outstanding issues set out by the Joint Comprehensive Plan of Action (JCPOA) on October 15.
Under the deal, Tehran agreed to reduce its stock of enriched uranium, decrease the number of centrifuges in the country and reconfigure the Arak heavy-water reactor, as well as refrain from any uranium enrichment at Fordow – all in exchange for sanctions relief.
Araqchi added that he expected the JCPOA to be implemented in January 2016.
Three weeks ago, he said discussions had finished with Russia on the export of enriched uranium, subject to a vote on the PMD.