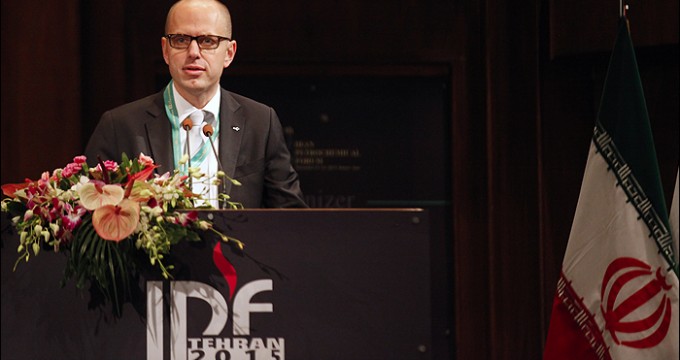 TEHRAN, Dec. 13 (Shana) – Germany’s industrial gases company Linde says it will definitely wade into Iran’s petrochemical market once the country’s Joint Comprehensive Plan of Action (JCPOA) is implemented, a Linde member of the executive board said.

Christian Bruch said Sunday that his company will come to Iran after the sanctions are lifted.
Addressing a specialized panel meeting at the 12th Iran Petrochemical Forum in Tehran, Bruch said the Linde Group is waiting for implementation of the JCPOA for starting off its business activities in Iran.

“Iran’s petrochemical sector, given its unparalleled potentialities, can be the forerunner of Iran’s economic development,” he said.
He said the recent boom in shale oil production and olefin output from China in recent years have caused the current volatilities in the global market causing cancelation of numerous major petrochemical projects across the globe.

“Linde is very interested in joining projects in Iran after the sanctions removal,” he said.
Some 97 foreign companies from 25 countries have participated in IPF 2015 which shows an increase of 120 percent compared to IPF 2014.

More than 15,00 representatives from domestic and foreign firms including Australia, Azerbaijan, Canada, Denmark, France, Germany, Japan, the Netherland, Russia, and US are taking part in the event.
Participants in the IPF2015, one of the world’s most prestigious events representing the petrochemical industry, are discussing the core issues that the industry is facing with the emphasis given to Iran.