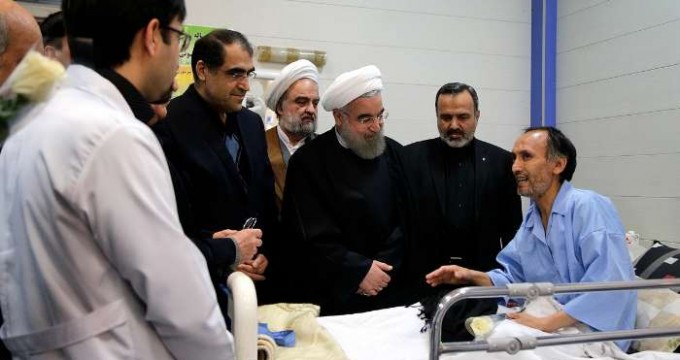 The president made the remarks speaking to reporters during his visit to a local hospital in Mashad, as part of his visit to the holy city in northeastern Iran.

During his visit, the hospital officials briefed the president on the services they provide to the people of Mashad and pilgrims coming to the city to visit the holy shrine of Imam Reza (AS) (the eighth Shia Imam).

Rouhani said that the government’s aim of implementing Health Reform Plan is to render health services to Iranian people so that they could pay the minimum costs.

He described the Health Reform Plan as a significant step in reducing health costs.

The president underlined that despite a drop in government revenues, his administration is determined to go ahead with implementing Health Reform Plan.