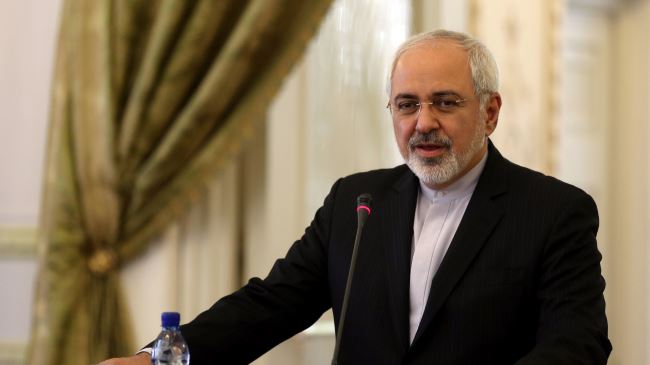 ISLAMABAD (Tasnim) – Iran’s Foreign Minister Mohammad Javad Zarif stressed that the fight against the growing threat of Daesh (ISIL) terrorist group in Afghanistan as well as the drug trafficking business is not possible unless all countries in the region join hands.

Addressing the opening ceremony of the 5th Heart of Asia conference in Pakistani capital of Islamabad on Wednesday morning, Zarif referred to Iran’s continuous support for the people and government of Afghanistan throughout their difficult times, and said Iran “was of the firm belief that a safe and stable Afghanistan with a dynamic and self-reliant economy will be in the interest of all countries in the region – particularly my country, with deep and strong ties with Afghanistan.”

The full text of Zarif’s statement is as follows:

Mr. Prime Minister,
Mr. President,
Distinguished colleagues,
Ladies and Gentlemen,
I would like to begin by extending my delegation’s sincere appreciation to our brothers and sisters in the Islamic Republic of Pakistan for their gracious hospitality and excellent arrangements for this important conference. May I also thank the Islamic Republic of Afghanistan for their contribution, as the permanent co-chair of the Heart of Asia Process.

The Islamic Republic of Iran has always stood with the people and government of Afghanistan throughout their difficult times and continues to do so, especially at this critical juncture as they have initiated a new chapter in their political life with the National Unity Government.  We are of the firm belief that a safe and stable Afghanistan with a dynamic and self-reliant economy will be in the interest of all countries of the region – particularly my country, with deep and strong ties with Afghanistan.

Distinguished Colleagues and friends,
Today, extremism, terrorism and narcotics continue to challenge and threaten Afghanistan, the region and the whole world. It is appalling that the terrorist and extremists groups are expanding their scope of activities inside Afghanistan. Of grave concern are the increasing number of attacks around the country and the expansion of the geography of insecurity, including the present challenges in the northern parts of Afghanistan that used to enjoy relative safety. Furthermore, the spilt in the Taliban and its exploitation by DAESH is another cause for alarm. They should not be allowed to turn Afghanistan into another base of their carnage. Negligence leads to unpredictable, yet disastrous, consequences.  Regrettably some continue to consider extremism and terrorism as assets or possible leverages for short-term gains. They ignore the repeatedly proven fact that extremists have always bitten the hands that fed them.

The challenges facing Afghanistan and our region are interconnected. Without drug proceeds terrorists cannot finance their operations. At the same time, drug traffickers need to use the logistical network of terrorists to move narcotics. If the current trend continues, the drug mafia and the extremists will become too powerful to be contained. No country alone can control and combat the drug trade and its associated crimes and, if we are to succeed in this fight, we must cooperate and reinforce our political, military and intelligence collaboration.

Ladies and Gentlemen,
2015 was a litmus test for the National Unity Government during which the Afghan Government has been admirably able to withstand many challenges and pressures. Nevertheless, domestic security requires more attention and additional support. We should all assist our brothers and sisters in Afghanistan to build a flourishing and modern society.

The Islamic Republic of Iran – with its geographical position, security, and road and rail infrastructure – is determined to help Afghanistan, wherever it is needed. We also stand ready to tap our transit potential to bring additional trade and economic prosperity to the region. Obviously, effective economic collaboration will resolve problems and increase security in the region. Chahbahar is a prime example of Iran’s willingness to work with Afghanistan and regional countries.

As for our contribution to the Heart of Asia Process, and as part of the 2nd regional technical group meeting’s outcome, Iran’s Ministry of Health organized an international seminar on communicable diseases on 25 and 26 August 2015, with the participation of Afghan Minister of Health, and with particular focus on health education in Afghanistan. The 3rd Heart of Asia Education CBM regional technical group meeting was held in Tehran on November 23, 2015. Participants in the meeting discussed the problems and challenges facing  the heart of Asia region — including terrorism, extremism, drug trafficking, illiteracy, poor education, low per-capita incomes, poverty and under development — and stressed the need for improved cooperation among regional countries to combat these threats.

Let me close by assuring the people and Government of Afghanistan that the Islamic Republic of Iran will continue to help in building a safe, stable, prosperous and developed Afghanistan.