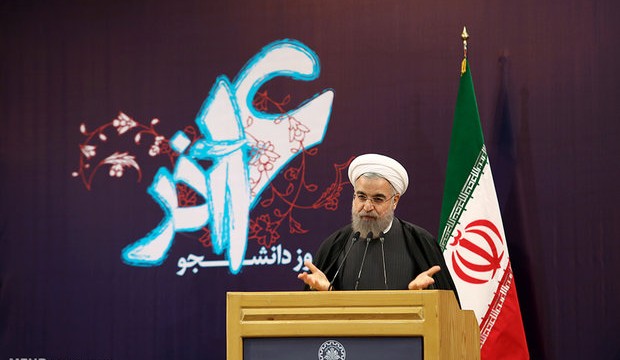 Tehran, Dec 7, IRNA – President Hassan Rouhani said on Monday that his government favors an atmosphere which is ‘safe not based on security’ measures.

The President made the remarks while addressing a gathering of students at the Sharif University of Technology on the occasion of National Student Day.

He said the Student Day ‘should not be limited to a specific period.’

According to the Iranian calendar December 7 marks a day (December 7, 1953) when a number of university students who were protesting against a visit to Iran by the then US President Richard Nixon were killed after police forces of the Pahlavi regime opened fire on them.

Iranians mark the day every year by holding ceremonies nationwide.

This year’s ceremony was held at the Sharif University of Technology with a speech by President Rouhani.

A large number of the Iranian officials, university professors and students also participated in the ceremony.