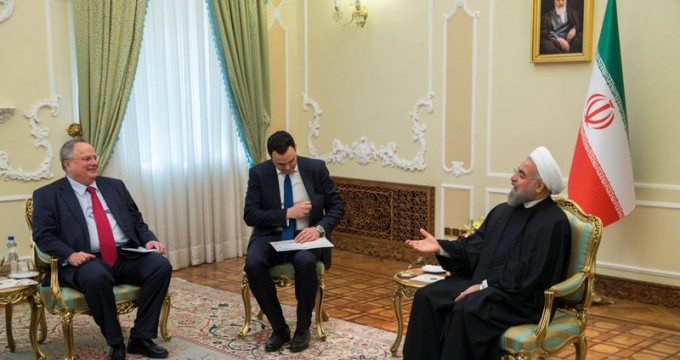 “All capabilities of the two sides should be used for creating an appropriate activation in Tehran-Athena ties in fields of mutual interests,” Rouhani said in a meeting with Greek Foreign Minister Nikos Kotzias here in Tehran.

He further said that commonalities between the two countries have paved the way for strengthening mutual cooperation in science, advanced technology, tourism and economy.

Rouhani said that bilateral ties between Tehran and Athena should be expanded further after implementing the Joint Comprehensive Plan of Action and lifting unfair sanctions on Iran.

Kotzias, for his part, said expanded political, economic, cultural and social ties with Iran are of great importance for Greece.

He also said that his country is resolute to expand ties with Iran in all fields, besides economic sphere.