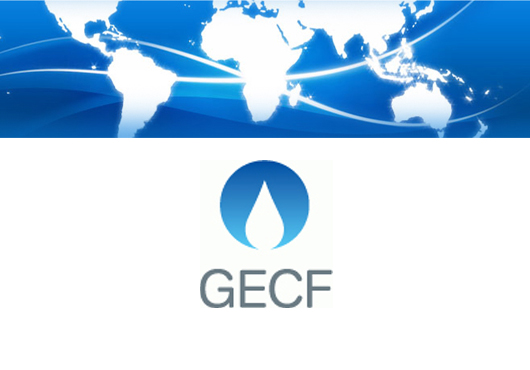 Alwaght- Upon its establishment, the Gas Exporting Countries Forum (GECF) was considered by some to be having the capacity to develop to the level like that of the Organization of Petroleum Exporting Countries (OPEC), which is set to modulate the gas market, regulate the appropriate gas prices between the suppliers and customers and manage the supply and demand. Although the two energy organizations share some similarities, the GECF’s members have agreed not to set any quota system for the member countries’ gas production levels.

While the international Energy Agency along with the United States and Europe have called establishment of the GECF with the aim of controlling the gas prices and global production as a big mistake, it seems that the foundation of the gas organization, or “gas OPEC” as it is sometimes known, has never been against the interests of gas customers, having the potentials to stabilize to a great extent the global energy market.

At the same time, some experts suggest that due to the US and Europe’s unbending and active resistance, the gas organization cannot hold a sway in the global gas market the way the OPEC does in oil market. Besides, establishing and maintaining exclusive organizations such as GECF especially when they include many members is a difficult job. In addition, because the gas export contracts are singed long-time, and it is impossible for the exporters to all of a sudden raise the prices, the gas OPEC’s influence is negatively affected. But a look at the status of the OPEC with its nearly 50 years age shows that the organization has managed to secure its place as a significant entity which is influential in the policies concerning oil production and sales over time. Therefore, as the gas resources are replacing the oil in the international markets, the gas sector would be of remarkable importance in the future. Thereby, the Gas Exporting Countries Forum members, which collectively hold %42 total global gas production, %70 global gas reserves, %38 pipeline-transferred gas and %85 liquefied natural gas (LNG) market, could play an influential and active role in the global energy market in the long run. This is while the gas reserves distribution and the production and export capacities of the GECF’s members would cause the future changes in market shares to facilitate a  more influential role played by the GECF in the global gas trading and markets.

In a time that the gas is gradually  presenting itself, rather than oil, as the prime resource of energy, the need for deciding on coordinated policies by the gas producers is emerging more than ever, and actually if member countries feel a need for a better place in gas production, processing and transferring in the global markets, they have to step up jointly planned and purposive measures. Such steps could at the beginning be opposed by the huge gas consumers globally, however, in the long run the gas producers could improve their position by taking efficient decisions, and it is the customers who have to adjust their policies with the producers’ decisions.

Additionally, in a wider outlook, beside its energy and economic aspects, a gas OPEC could pave the way for establishment of future regional and international convergences, as well as turning out as a regional and global hub economically and politically. In fact, establishing and continuing such a forum could lead into deeper bonds between the member countries, as it could facilitate increasing cooperation and ties between them based on mutual interests.

The GECF’s members have the potentials to create a sustainable and stable gas market and enjoy its advantages like fair prices. The members beside having huge gas reserves enjoy appropriate capacities in terms of manpower, however, they could not so far reach their proper position. Knowledge and technology sharing is another need of the GEFC’s countries, and presence in the GECF could facilitate cooperation in such a case.

Meanwhile, holding the third GECF summit in Tehran in heads level, with ” natural gas: a fuel of choice for sustainable development” as its slogan, has a influential role in long-term strategy and the forum’s global gas pricing model. Even more, the recent Tehran summit could effectively help complete the first phase of market expansion pattern of the GECF, as it could substantially help doing research activities and develop long-term strategies.