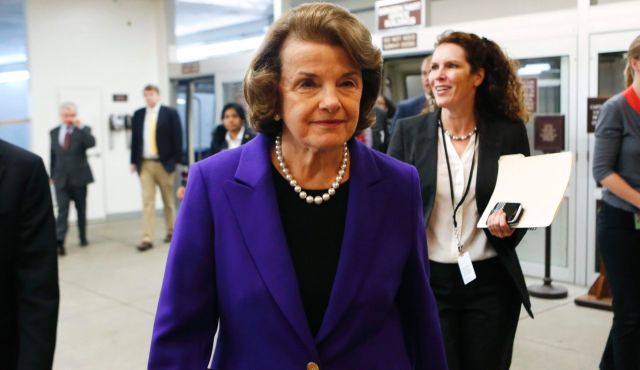 Feinstein, the ranking Democrat on the Senate intelligence committee, said Secretary of State John Kerry gave the panel a more comprehensive picture last week of the US strategy to combat ISIL, including talks in Vienna to find a diplomatic solution to the Syrian crisis.

However, she said on CBS on Sunday that, ‘I don’t think the approach is sufficient to the job.’

‘We need to be aggressive now,’ she told ‘Face the Nation.’

Feinstein described ISIL, which has seized large portions of Syria and Iraq and declared a caliphate, as an ‘enormously strong’ quasi-state with 30,000 fighters, a civil infrastructure and funding.

It is also spreading quickly to other countries, she said, noting the Nov. 13 Paris attacks that killed 130 people were masterminded by ISIL devotees in Belgium.

‘It’s a big, big problem,’ Feinstein told CBS. ‘This has gone on too long now. And it has not gotten better. It’s gotten worse.’