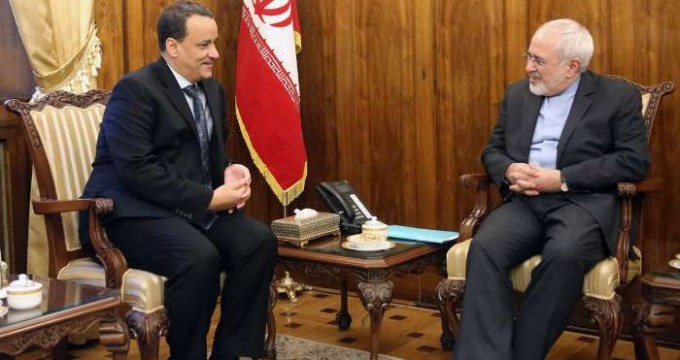 Tehran, Nov 19, IRNA – Iranian Foreign Minister Mohammad-Javad Zarif here on Wednesday stressed Tehran’s principle stands on establishment of ceasefire and success of the political process in Yemen to be participated by all Yemeni groups.

He made the remarks in a meeting with the visiting UN Special Envoy for Yemen Ismail Ould Cheikh Ahmed during which Zarif called for an end to the tragic situation in the Arab country.

‘Months of aggression and military approach have resulted in no achievement but destruction of Yemen’s infrastructure and killing and injury of its civilians,’ Zarif said.

The UN envoy briefed him of the latest developments in Yemen and of measures to settle the crisis politically.

He stressed participation of all Yemeni groups in the on-going political process and said that Iran has a useful and decisive role in the negotiations.