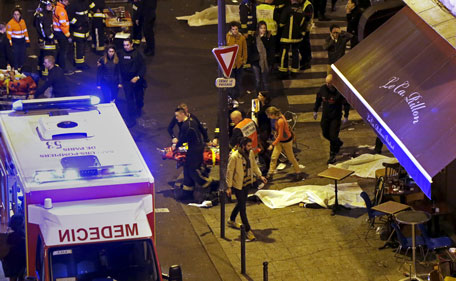 Alwaght- Those who have committed terrorist attacks in Paris follow the ideology whose main sponsor and developer has been Saudi Arabia, a country enjoying the full support of the West.

Four years ago, there were many people in the world who did not know that Saudi Arabia is the main sponsor of Salafism; however, after the crisis in Syria and Iraq, the role of House of Saud in providing support for Salafist groups, particularly al-Qaida has become more obvious. Over the past 2 years, there have been unprecedented reports about the relationship between these groups and Saudi Arabia. One of them was an article published in Washington post authored by Thomas Friedman.

The well-known American journalist pointed out that “nothing has been more corrosive to the stability and modernization than the billions of dollars which have been invested by Saudi Regime since the 1970 into advertising and imposing anti-modern, anti-women, anti-Western, dogmatic beliefs of Wahhabis and Salafist brand of Islam that is promoted by the Saudi religious establishment”.

Friedman added, “It is not an accident that several thousands of Saudis have joined the ISIS or that Persian Gulf’s Arabic states charities have sent ISIS donations. It is because all of these extremist jihadi groups — ISIS, al-Qaeda, the al-Nusra Front — are the ideological offspring of the Wahhabism injected by Saudi Arabia into people’s minds at mosques and schools from Morocco to Pakistan and Indonesia. Friedman also cited the report released by BBC on 5 December 2010, which stipulated that “U.S. Secretary of State Hillary Clinton warned last year in a leaked classified document that donors in Saudi Arabia were the “most significant source of funding to Sunni terrorist groups worldwide.”

While the West was aware of the role of Saudi Arabia in supporting a group with a completely terrorist nature, the Western countries, especially the United States not only did not prevent the actions of the House of Saud, but also granted them various political support and gave the Saudi regime an international privilege.

Alastair Cork, a former officer in Britain’s overseas Intelligence Agency, in early September in the Huffington Post wrote: “It was this heady mix of billion dollar soft power projection – and the Saudi willingness to manage Sunni Islam both to further America’s interests, as it concomitantly embedded Wahhabism educationally, socially and culturally throughout the lands of Islam – that brought into being a western policy dependency on Saudi Arabia, a dependency that has endured since Abd-al Aziz’s meeting with Roosevelt on a U.S. warship until today”.

The former officer in the British overseas Intelligence Agency pointed out that “in the collaborative management of the region by the Saudis and the West in pursuit of the many western projects such as countering socialism, Ba’athism, Nasserism, Soviet and Iranian influence, western politicians have highlighted their chosen reading of Saudi Arabia (wealth, modernization and influence), but they chose to ignore the Wahhabist impulse. He added, “Why should we be surprised then, that from the port, Ben Sultan, Saudi with American permit manages the insurgency in Syria against Bashar al-Assad and suddenly emerged a neo-Ikhwan type of violent, fear-inducing vanguard movement: ISIS?”

Support of the Western countries from terrorism, perhaps more than anywhere else is embodied in Yemen. Western countries have granted wide political, military, intelligence and media support for Saudi Arabia’s war against the largest and most effective enemy of Salafi groups, namely Ansarullah. Vladimir Dvoskin, the Russian ambassador to Sanaa said on late November, “Ansarullah is the only group which has been fighting al-Qaeda, and at the same time endures the offensives of the coalition and the army of Abd Rabbuh Mansur Hadi.”

All the evidence suggests that while the West was fully aware of the dangerous and inhumane nature of the Salafi currents, not only it has not taken any measure to counter these groups, but also it has supported Saudi Arabia which serves as the godfather to terrorist groups, and helped this group to expand its power and influence. Accordingly, we can consider the West, the accomplices of terrorist incidents that these groups have committed in different parts of the world.