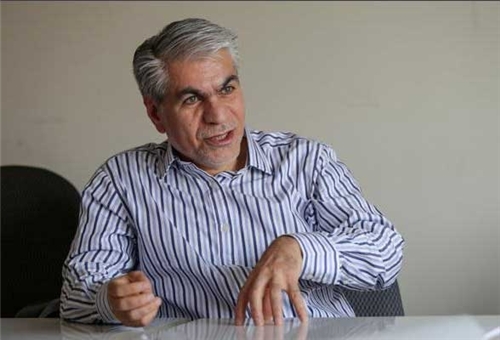 TEHRAN, Nov. 9 (Shana) – Secretary General of the Gas Exporting Countries Forum (GECF) Mohammad Hossein Adeli said there are promising prospects before the industry and member states of the intergovernmental organization.

“Security of supply cannot be envisaged in a volatile environment where investors may see their assets come under threat at any time,” he told participants of the 6th Asian Ministerial Energy Roundtable themed Energy Security through Dialogue which organized by the International Energy Forum on November 8-10 in Doha, Qatar.

Adeli’s remarks were made as the 3rd Gas Summit of heads of state and government of the GECF member countries will be held on November 23, 2015 in Tehran to consult and exchange views on the most important issues concerning them in the framework of the GECF.

Previous GECF Gas summits were held in Qatar in 2011 and in Moscow in 2013 .This 3rd Gas Summit will be attended by heads of state and government of GECF member countries as well as guest international organizations.

The GECF is the gathering of the world’s leading gas producers that provides a framework for exchange of experience, views, information and data, as well as coordination in gas related developments among member countries.

The Gas Exporting Countries Forum (GECF) is a recognised intergovernmental Organisation with its key statutory objective to support the sovereign rights of its Member Countries over their natural gas resources, and their ability to independently plan and manage the sustainable, efficient and environmentally conscious development, use and conservation of these resources for the benefit of their peoples.

The Forum was established in 2001, in Tehran, and has been expanding its activities ever since, presently evolving into a fully-fledged intergovernmental gathering of 18 natural gas producing and exporting countries from all over the world, providing an important framework for the exchange of views, experience and information.

Our day-to-day activities include promoting discourse between all members of the energy community for the sake of stability and security of the supply and demand in global natural gas markets, advancing natural gas as the cleanest fossil fuel, monitoring sectoral economic/energy trends and developments, elaborating short- to mediumand long-term energy/gas outlooks, and facilitating the exchange of gas data.

GECF Member Countries have been producing, using and exporting gas for decades. The Forum includes members from the Americas, Africa, Eurasia and the Middle East. These countries have developed a great deal of skills and technology, as well as a reputation as reliable suppliers, and are therefore ideally placed to play a pivotal role in the global energy markets.

Our organisation fully supports the development of producer-consumer dialogue as a cornerstone element of stable energy markets, based on the fact that in a globalising world, producers and consumers are becoming increasingly interdependent, due to trade expansion, technological enhancements in communications and interconnected financial markets. It is a place where, without transparent interaction between the parties, energy security may become an issue.

JODI – the Joint Organisations Data Initiative – is just one example of such successful cooperation between gas producers and consumers. Accordingly, the GECF’s partnership with other international energy organisations such as APEC, EUROSTAT, the IEA, OLADE, OPEC and UNSD to create the JODI Gas World Database, under the careful guidance of the International Energy Forum and assuming our role of supervising the quality of gas data, is an important achievement and demonstrates the fact that the GECF is expanding its role beyond its members and contributing to the global gas markets in a more effective way.

Our undertaking to manage uncertainty in the energy markets and mitigate risks in planning the development of the gas industry is one of the key commitments of the GECF. It should be underscored that the natural gas industry is more capital-intensive than many other energy sectors, and requires stable revenues to ensure its survival and replacement. Consequently, security of supply cannot be envisaged in a volatile environment where investors may see their assets come under threat at any time.

Long-term partnerships and agreements, as well as fair natural gas prices, are key in planning gas supply investments and maintaining the market security that is essential not only for gas suppliers but also for gas consumers.

With energy analysts around the world predicting a global increase in energy demand, and in particular for clean and environmentally friendly sources – driven by a projected increase in world population, economic growth, technological development and global consciousness on climate change, as well as the need for sustainable development – the natural gas market is destined to keep expanding, and the blue fuel penetrating into ever more sectors of economy.

The role of natural gas in the battle against greenhouse gas emissions is gaining momentum, especially in anticipation of the upcoming COP 21, to be held in Paris later this year, which will be a crucial and decisive event if we want to leave our world a suitable place for future generations.

Reliability, abundance and availability, combined with its multiple applications across all sectors, are other key elements which give the blue fuel the potential to continue playing an important role in meeting the challenge of global energy demand, and helping the global community meet the established UN Millennium Development Goals.

For the purpose of deeper analysis of the natural gas future, we have recently launched the GECF Global Gas Model, a sophisticated tool which now enables us to forecast global gas supply and demand figures in the medium and long term, which are considered during the development of multiple future scenarios in the framework of the Gas Outlook.

In terms of energy perspectives to 2040, we project that primary energy demand will continue to increase, while the market shares of oil and coal are expected to decline. Biomass, nuclear, hydro and renewables are all gaining share, but natural gas will benefit the most, ensuring the convergence towards global GHG emissions commitments.

Natural gas will have an increasingly important role to play in meeting not just power generation but also heating requirements, as well as a raw material and energy source in the chemical and industrial sectors.

In the transportation sector, the future of natural gas also looks promising – it is a much cheaper and cleaner fuel than petrol or diesel, and at the same time it does not require subsidies, like renewables, which also lack infrastructure – for natural gas refuel facilities are available in many regions, and their feasibility is not an issue.

Indeed, supported by the world’s abundant natural gas resources, from both conventional and unconventional sources, the natural gas industry’s ability to meet even the most positive growth forecasts makes the “Golden Age of Gas” look like an increasingly feasible outcome.

On the other hand, uncertainties remain for gas exporters over how future gas demand will play out, and over the amount that they will eventually need to supply – for many reasons, but not least related to the success of effective, low-carbon, environmentally friendly energy policies, thereby signifying a heavy burden of investment risk on producers.

Many of the issues addressed in this article will be discussed during the 3rd GECF Gas Summit, to be held in Tehran on 23rd November 2015, which will be the third high-level event held since establishment of the GECF Secretariat in Doha five years ago, demonstrating the continued support and commitment of the GECF Member Countries to the realisation of the objectives of the Forum and, again, highlighting the importance of gas in the global energy system.

Finally, I want to emphasise that the GECF is an open and transparent organisation, committed to taking on-board the opinions of all participants in elaborating plans for the future development of the Forum. We are sure that the GECF’s platform will become the best place to work out mutually beneficial decisions in the gas domain, thereby ensuring stable and future-oriented world energy development.