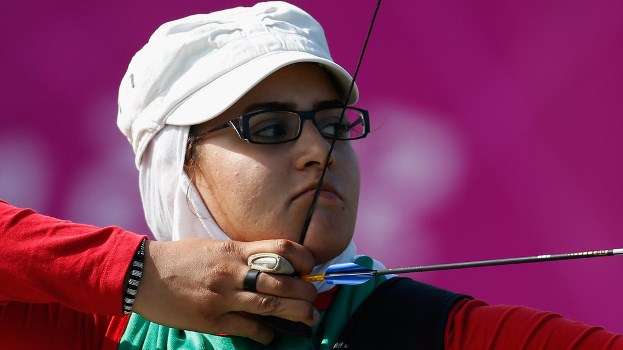 TEHRAN (Tasnim) – Zahra Nemati of Iran made history becoming the first female Paralympian to compete at the Olympic Games.
Nemati claimed a silver medal in the women’s recurve on Sunday in the 19th Asian Archery Championships and Asian Olympic Continental Qualification Tournaments 2015 underway in Bangkok, Thailand.

Nemati picked up the title at 2012 London to become the first Iranian woman to win Olympic or Paralympic gold.

“I am soldier of Iran. I dedicate this success to all Iranian people who supported me. I hope to earn the Paralympic quota place as well,” Nemati said.