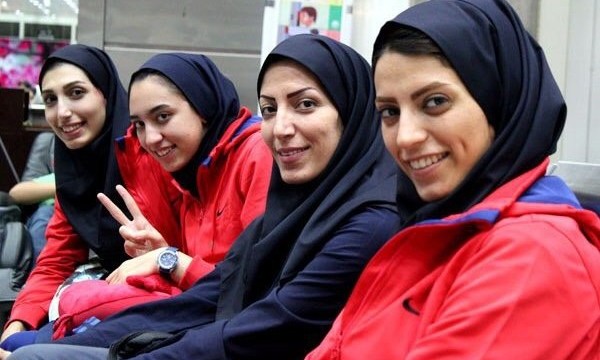 Due to their satisfactory ranking, Iranian national Teakwondokas have attended Grand Prix competitions since the beginning of 2015 and will have to take part in continental competitions to win tickets to 2016 Rio Olympics.

Accordingly, the country’s national taekwondo team consisting of Kimia Alizadeh in -57kg weight, Shokraneh Izadi in -67kg weight and Akram Khodabandeh in +67kg weight headed by Minoo Maddah set off training sessions in the center for World Federation of Taekwondo in Tehran.

Iranian Taekwondokas will attend daily morning and afternoon training sessions while training rivals will also be invited to the national team camps in specific intervals.

Hosted by Philippines, Asia Continental Olympics will take place on April 19 – 20, 2016 and two Iranian athletes will participate in the event to get quotas of Rio Olympic Games.