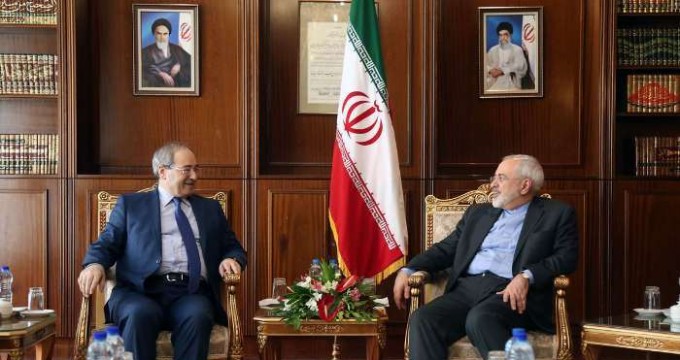 “The policy of the Islamic Republic of Iran on Syria is based on clear, rational and fixed principles. We believe that Syrians should decide about their future and their fate and the others at most can have a facilitating role in Syrian political process and help settlement of the crisis,” Zarif said in a meeting with Syrian Deputy Foreign Minister Faisal Mekdad here in Tehran on Wednesday.

He further said that the Vienna conference was a good motivation in the path of political approach and “We have announced our positions in a transparent way.”

The Islamic Republic of Iran believes that Syrian crisis should be settled through political issue, he added.

“It seems that Syrian situation has improved comparing to the past,” Larijani said.

Mekdad, for his part, said that the war of the US and its allies in Syria has targeted the legal government not terrorism.

“The aim of the US has been destroying Syria instead of removing the five-year problems,” he said, adding the US also aimed to turn Syrian crisis into a war of attrition to prevent Syrian measures against Zionist regime.

He said that the upcoming Vienna meeting is ‘sensitive’, as lauding Iran’s support for Syria.