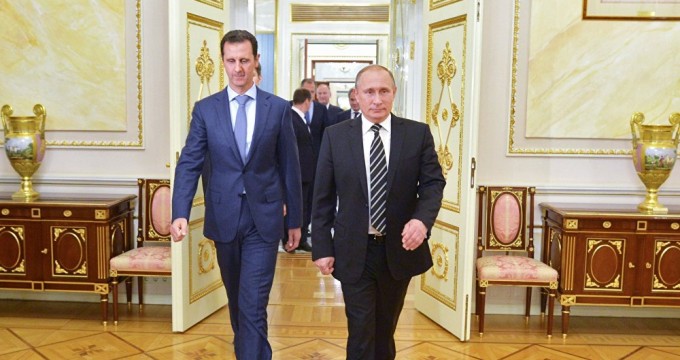 It is becoming evident that Russian President Putin has come out on top in the most recent phases of a geopolitical chess match, US author Michael Payne points out, adding that Russia and the US should join together in coordinated military actions to eradicate terrorism in the Middle East.

Russian President Putin has long been promoting negotiations between the major powers involved in the Syrian conflict; however, only after Russia sent its military forces to Syria in response to the official request of the legitimate Syrian government, did Washington take a step toward negotiations.

“While the US will play a major role in these negotiations it appears that Putin now holds the strongest position and will likely play the key role in reaching that resolution,” American independent progressive activist and author Michael Payne remarked in his recent article for OpEdNews.com.

According to the author, Putin has repeatedly outperformed Washington’s strategists, whether they like it or not.
Payne focused attention on the fact that Putin has come out on top during the US-Russian political standoff over Ukraine. When US President Obama threatened to provide Kiev with lethal weaponry, the Kremlin outmaneuvered Washington by stating that it would take asymmetric measures in response to such shipments.
“President Obama then decided not to send those weapons. Things calmed down and cooler heads agreed to discuss a ceasefire; Russian President Vladimir Putin, Ukrainian President Petro Poroshenko, French President Francois Hollande and German Chancellor Angela Merkel entered into negotiations and came up with the Minsk Agreement of 2-15-15 which resulted in that ceasefire, which still is in force as we speak,” Payne stressed.
“We can, therefore, conclude that Putin won that phase of this ‘chess match’,” Payne remarked.

It goes without saying that Moscow has also played a significant role in the P5+1 negotiation over the Iranian nuclear deal, he added. Of course, Britain, France, Russia, China, the US and Germany were the principal participants of the negotiation process, “but there should be no doubt that Putin and Russia played a huge part in that effort because of Russia’s great influence with Iran, one of its closest allies,” the US progressive activist stressed.
“Next let’s shift our attention to Syria where this latest geopolitical confrontation is taking place,” Payne proceeded with his narrative.
The Syrian conflict has engaged a number of serious geopolitical players. The stakes are high in Syria, since the country is regarded by many as the main transit hub for oil and natural gas.
“Syria is… perfectly situated for transporting oil and gas via pipelines from various Middle East countries to Europe and other nations; this has also been called the “four seas strategy” that would connect the Persian Gulf and the Black, Caspian, and Mediterranean seas via pipelines and other infrastructure through Syria to subsequent destinations,” he noted.
What makes matters even worse is that it is still unclear who is fighting whom in the troublesome region. Payne cited US journalist Brandon Turbeville who reported in mid-October that while the Russian Air Force was bombing ISIL, the Pentagon attacked two power plants in the city of Aleppo.

“The power plants were located in al-Rudwaniya east of Aleppo and resulted in power outages affecting the Syrian people, adding to the American tradition of bombing civilian infrastructure instead of ISIS and other terrorist targets in Syria,” Turbeville narrated in his article for Activist Post, adding that the US has repeatedly bombed oil refineries, bridges, grain silos, food distribution facilities, and other civilian infrastructure and civilian areas.
And that is not all. We do know for certain now that Washington has also been supplying weapons to the so-called “moderate” Syrian rebels, which in their turn joined jihadists directly connected with al-Qaeda, Payne added.
Meanwhile, “if we consider what has happened in Ukraine and is now happening in Syria in an objective light we must conclude that, at this point in time, it is becoming evident that Putin is beginning to take control of the situation. We may not like it and it may be painful to accept but it is the reality of the situation,” the US author underscored.
While it is becoming clear that Vladimir Putin has won the geopolitical chess match, the question arises: what will the geopolitical players do next?
Commenting on the issue Payne expressed his hopes that Moscow and Washington will bring the Syrian conflict to an end by eradicating terrorism in the region and reaching a geopolitical compromise.
By Sputnik News