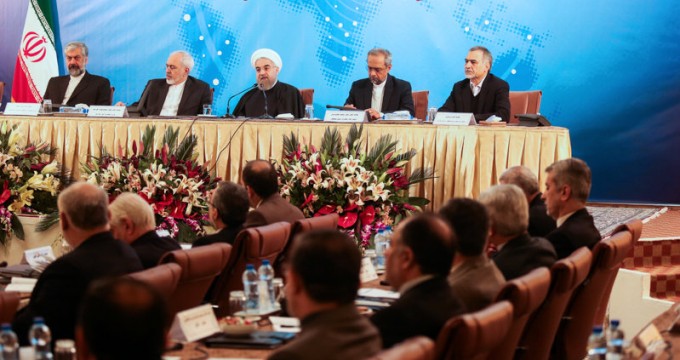 “The experience of the JCPOA and (its) win-win approach, one by which (all) negotiating parties could feel success in the talks, is a model for resolving global problems,” President Rouhani said Monday in a gathering in Tehran of Iranian ambassadors and heads of diplomatic missions abroad.

He further emphasized that with the deal, the Islamic Republic has not only protected its nuclear rights but developed them having them approved by the UN Security Council.

“All these achievements have been reached in a dignified way and our nuclear team has always pursued and restored the (Iranian) nation’s rights proudly and firmly and through relying on legal and logical principles,” the president stated.

Iran and the Group 5+1 (Russia, China, the US, Britain, France and Germany) on July 14 reached a conclusion on a lasting nuclear agreement that would terminate all sanctions imposed on Tehran over its nuclear energy program after coming into force.

The breakthrough agreement was reached after 22 months of diplomatic negotiations.