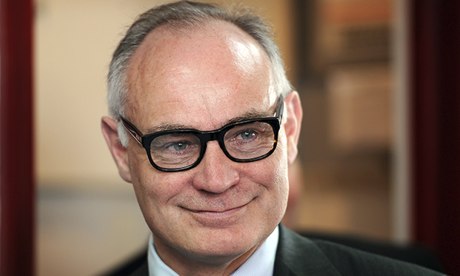 London, 22 Oct, IRNA – Head of the UK Parliament Foreign Affairs Select Committee, Crispin Blunt said on Thursday that Iran is an incredibly important country and that the nuclear deal is a major achievement for the UK.

Crispin Blunt told IRNA in an interview on the sidelines of Iranian delegation visit to the UK:

Q. What has been the fruit of your meeting with Mr. Abdollahian?

A. It gives the opportunity for the members of parliament who are not part of the executive process but whose job is to oversee – in our case foreign affair committee – the work of foreign office to get a clear understanding of the agenda that in this case the Iranian foreign minister has been pursuing with his British colleague in the government.

Iran is an incredibly important country and the nuclear deal opens up the opportunity for Iran to play its proper role in the region as a country that has an enormous interest in the stability in the region – a stability that has been tragically absent.

A. My view is that there is an immense opportunity. The fact that our relations have been in the freeze for nearly a decade, the nuclear deal gives an opportunity to reset the relationship.

There are very important commercial and economic opportunities for both countries.

As importantly is having Iran’s constructive contribution to achieving degree of security and stability in what is a very challenging region.

Q. What cooperation could Iran and the UK have to bring stability to the region?

A. Everyone remarks when they engage with people in charge of representing Iran interests oversees the Iranian foreign service, is how professional and capable they are. So in that sense it is at least bureaucratically easy to be able to engage with people who are well briefed and strongly capable and Iran possessing that.

That is a very important and strong diplomatic capability then to be able to join with others in finding joint solutions to the problems of the region
Q. What has been the fruit of nuclear deal in British foreign policy towards Iran?

A. I think the nuclear deal is regarded very positively here.

It is a major achievement for our foreign office and so we now have an investment in the results of that.

We want to be able therefore to see a constantly improving relationship with Iran; the opportunity to highest level for parliamentarians to be able to exchange visits and get to understand the perspectives of each country better.

But I think more critically this is an opportunity for UK using the history of our relations with all the countries of the region as byproduct of the history then to be able to help countries like Iran to have the confidence her role is respected and understood and the full weight of Iran then to be as a constructive regional player.