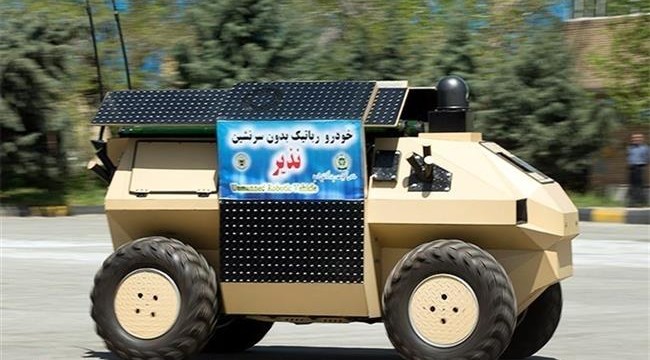 Military hardware known as “kamikaze” robots has debuted in ongoing military exercises by the Iranian Army.

On Tuesday, the Iranian Army and the Khatam al-Anbia Air Defense Base began the second and final day of a large-scale drill codenamed Muharram in the western and northwestern part of the country.

Commenting on the drills, the Commander of the Army’s Ground Forces Brigadier General Ahmad-Reza Pourdastan said, “During the Muharram joint exercise, the forces employed ‘kamikaze’ robots in the area of ground defense for the first time.”

The drill was joined on the second day by the Army Ground Forces and the Air Force as well as the Air Defense Base’s radar and missile units.

The exercises also featured another debut performance by the domestically-built Fat’h 14 radar system, which can cover a range of 600 kilometers (372 miles) and can detect small airborne targets at high altitudes, anti-tank guided missiles, as well as long-haul unmanned aerial vehicles.

The first day of the exercises featured surveillance missions, heliborne operations, and firing of Shalamcheh surface-to-air missiles toward mock-enemy drones.

“We are seeing a new face of threats and, hence, go about producing weaponry in proportion to threats,” Pourdastan had said on Monday.