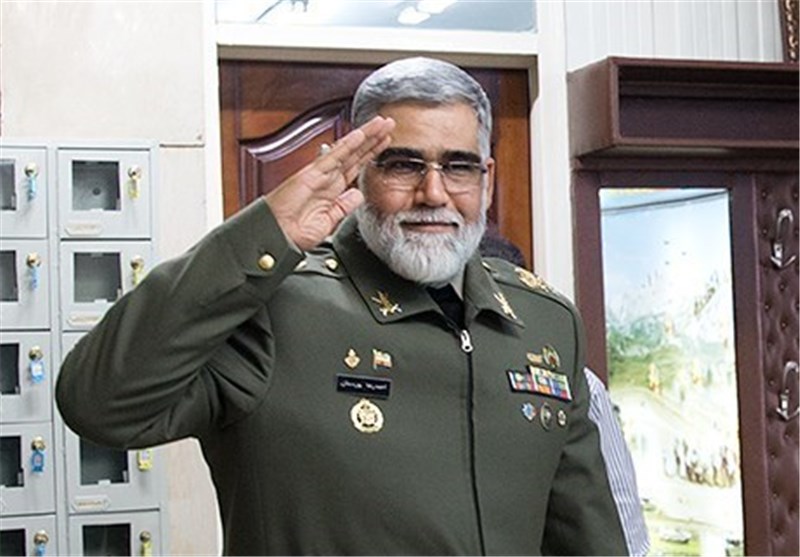 TEHRAN (Tasnim) – The Islamic Republic of Iran’s Army staged the second and final day of a large-scale military maneuver, code-named “Muharram”, whose aim was to enhance the forces’ preparedness against any foreign threats.

Speaking Tuesday at the site of the drills in Qasr-e Shirin in the western province of Kermanshah, Commander of Iran’s Army Ground Force Brigadier General Ahmad Reza Pourdastan said that during the wargame, domestically-made kamikaze robots and ground surveillance radar systems were deployed for the first time.

The special weapons were deployed in the Muharram joint drills by the ground force based on the designed military tactics and in accordance with the type of threats and the asymmetric atmosphere of proxy wars, the commander noted.

Referring to the kamikaze robots, Pourdastan said the weaponry was only part of the hardware used in the Muharram drills, adding that due to security considerations, the rest of the armaments used in the wargame cannot be mentioned.

The drill was joined on the second day by the Army Ground Forces and the Air Force as well as the Air Defense Base’s radar and missile units.

Over the past few years, Iran has held several military drills to enhance the defense capabilities of its armed forces and test modern military tactics and equipment.

Tehran maintains that the maneuvers are defensive in nature and meant to convey a message of peace and friendship to regional countries.

Iran has repeatedly stated that its military might poses no threat to other countries, reiterating that its defense doctrine is based on deterrence.