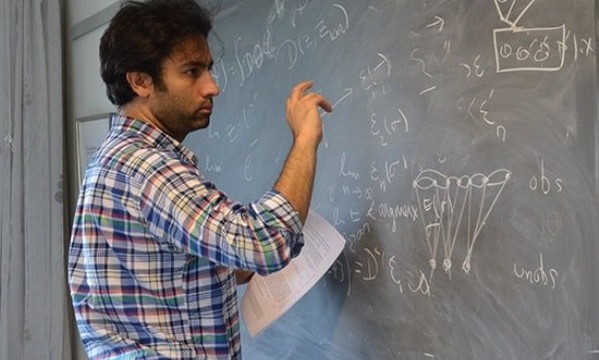 In its Oct. 3 issue, Science News magazine surveyed 30 Nobel Prize winners and identified 10 early-career scientists on their way to more widespread acclaim, among which is Iranian Professor of Computational Neuroscience Yasser Roudi.

According to Science News, all featured scientists have “demonstrated high-caliber research leading to noteworthy achievements.”

Winner of 2015 Eric Kandel Young Neuroscientists Prize, Roudi’s main topic of research is figuring out how to sort through the vast number of inputs that bombard the brain and other complex systems.

Roudi studied physics at Sharif University of Technology in Tehran and was introduced to the brain and its networks of neurons by a teacher there. He then moved to London and Stockholm where he worked on applying math and physics to studies of the brain and other systems.

At the moment, the 34-year-old scientist is conducting research at Kavli Institute for Systems Neuroscience at the Norwegian University of Science and Technology in Trondheim.