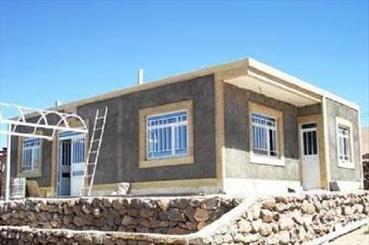 Internet for all villages

All villages with over 30 households will have access to Internet by the end of the current Iranian year (ending March 19, 2016), the minister of communications and information technology said.
“Villages with half that population will also receive Internet coverage by the end of the next Iranian year (March 2017),” Mahmoud Vaezi was quoted as saying by Tasnim News Agency.
Vaezi said the administration of President Hassan Rouhani has a special focus on underdeveloped areas and facilities will be extended equitably to all areas.
While promising to attend to problems regarding landline phones in rural areas, the minister promised that the infrastructure will be prepared to support digital elections in these regions.
Vaezi met with Gholamreza Asadollahi, a parliamentarian from Khorasan Razavi Province, last week to discuss developments related to communications and information technology. According to the MP, mobile phone reception and landline quality in the villages of Torbat-e Jam, Bakharzand and Taybad are “far from acceptable and connectivity is very poor in the region.”
Speaking to Mehr News Agency last week, Hassan Rezvani, regulatory affairs deputy of Iran’s Communications Organization, also said that over 37,000 villages will receive access to high-speed Internet by the end of the next Iranian year.
Detailing the government’s plan titled “Universal Service Obligation for Telecommunications”, the official noted that a databank on connectivity rates in rural areas will be created.
“The databank project was put out to tender and a contractor was selected,” he added.
USO is the practice of providing baseline services to every resident of a country and offering quality services at reasonable and affordable rates.
It is meant to increase access to advanced telecommunications services nationwide and to expand such services to all consumers, including those in low-income, rural, insular and high-cost areas at rates that are reasonably comparable to those charged in urban areas.
“It has been predicted that by the end of the current fiscal year, field studies will be carried out in all Iranian villages and the databank will be completed by then,” he said.
Rezvani, who is also a senior advisor at the Communications Regulatory Authority, said to establish telecom connectivity, rural areas have been identified and several of these areas are covered by at least one telecom operator in Iran.
He stressed that “additional funding will not be required in this area.”
A contract for providing “high-speed Internet”—with a minimum of 512 Kbps—to 25,000 villages with 25 households and above was signed in March.
An Iranian consortium has been assigned the project worth 2.9 trillion rials ($86.6 million at market exchange rate).
“At this point, several providers have been consulted to procure the equipment,” he said.
The official noted that Iran’s Telecommunications Infrastructure Company is cooperating in this project by installing the equipment, establishing communication links and preparing inter-provincial distribution grids.
Rezvani declared that by the end of the next fiscal year, all villages with under 20 households will be equipped with a public telephone and an additional 12,000 villages will have access to high-speed Internet by then.