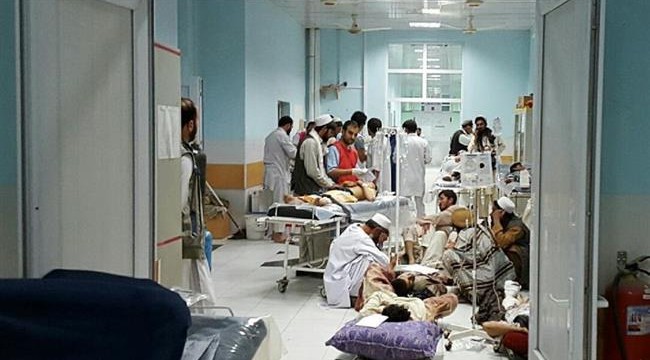 US commander’s approval behind airstrike on Kunduz hospeital

Even if the Afghans asked for US support in Kunduz, the US airstrike against an MSF hospital still had to “be approved by a US commander,” says a former Pentagon official.

US military commander in Afghanistan General John Campbell said earlier on Monday that the deadly US airstrike was carried out at the request of Afghan forces.

In a Monday interview with Press TV, Michael Maloof described the US airstrike on the Doctors Without Borders hospital on Saturday in the northern city of Kunduz as “tragic”.

Maloof further questioned the reason behind the approval of the strike by the US commander.

“When the Afghan forces make such a request, it still has to be approved by a US commander,” Maloof argued.

The top US commander​ had previously said that American troops were under Taliban fire and had called in the strike. It termed the hospital as “collateral damage.”

The US-led military coalition in Afghanistan issued a statement on Sunday that said its forces conducted an airstrike at 2:15 am local time on Saturday “against Taliban who were directly firing upon US service members advising and assisting Afghan Security Forces in the city of Kunduz.”

In a statement, US President Barack Obama offered condolences to the victims of what he called “the tragic incident.”

The death toll in the hospital bombing, which drew global outrage, stood at hit 22.

afghanistan crisis, airstrike in Kunduz, Michael Maloof, US October 6, 2015
US deeply involved in Saudi war on Yemen: Analyst
UN trusts US to investigate itself, will hold off on Kunduz bombing probe