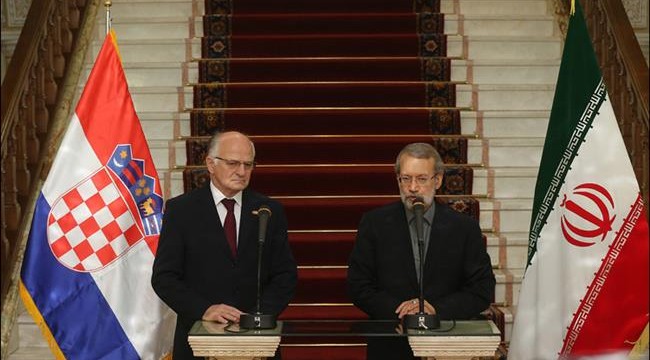 Iranian Parliament (Majlis) Speaker Ali Larijani says the Islamic Republic has sent a letter to the Parliamentary Union of the Organization of Islamic Cooperation (PUIC), urging it to follow up on the September 24 tragedy in Mina, Saudi Arabia, which led to the death of hundreds of pilgrims including many Iranians.

During a press conference with his Croatian counterpart Josip Leko in the Iranian capital, Tehran, on Saturday, Larijani said he has written a letter to the PUIC, adding that the issue is currently being pursued there.

The Mina human crush took place after two large masses of Hajj pilgrims converged outside the holy city of Mecca.

Saudi Arabia claims that nearly 770 people were killed in the crush. Officials with Iran’s Hajj and Pilgrimage Organization, however, say about 4,700 people, including 464 Iranians, lost their lives in the tragedy.

Nine days after the incident, the first plane carrying the bodies of 104 Iranian victims landed in Tehran on Saturday.

The Iranian parliament speaker also called for the adoption of necessary measures to prevent reoccurrence of such incidents.

The Croatian official, who is in Iran at the head of a delegation, also extended condolences to Iran over the tragic event.

On Saturday, Iranian President Hassan Rouhani urged the formation of a fact-finding committee to shed light on the main causes of the incident.

Rouhani, who was speaking at the repatriation ceremony, stated that the Iranian government would press ahead with its efforts to determine the cause of the Mina tragedy and would inform the nation on the results.

Meanwhile, Saudi Arabia is defiantly refusing to raise its official overall death toll from the Mina crush despite the rise in the death tolls by nationalities.

This comes as Pakistan and Indonesia have also reported more deaths from the Saudi disaster.