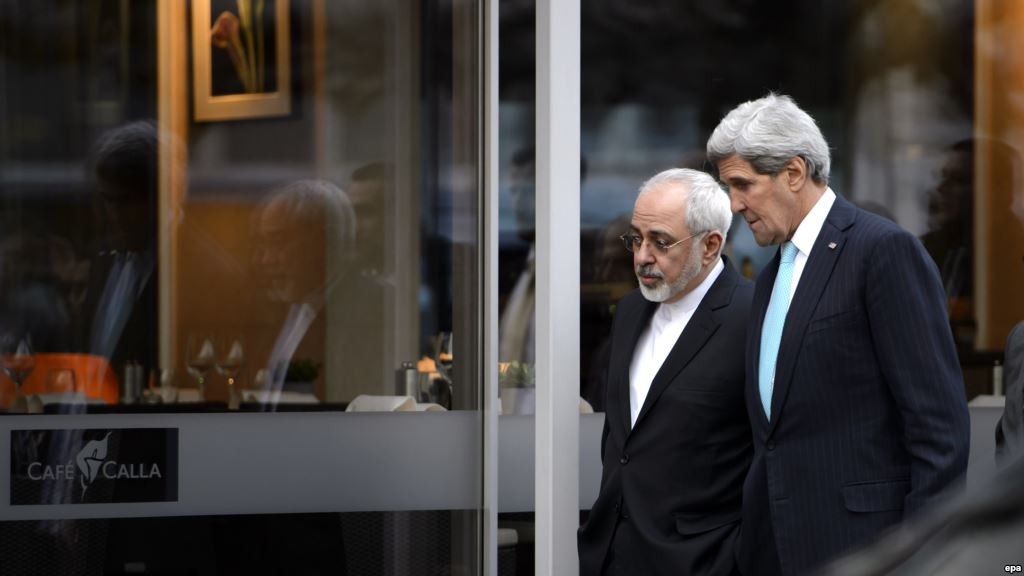 US Secretary of State John Kerry met with Iranian Foreign Minister Mohammad Javad Zarif on the sidelines of the UN General Assembly for the second time in the past two weeks, discussing the implementation of the Iran nuclear agreement, the US State Department said.

WASHINGTON (Sputnik) – The previous meeting between Kerry and Zarif on the margins of the UN General Assembly in New York took place on September 26.

“Taking advantage of their presence in New York before they both departed, Secretary Kerry and Foreign Minister Zarif met again this evening to further their discussions about implementation of the JCPOA [Joint Comprehensive Plan of Action],” US State Department spokesperson John Kirby said in a Friday statement.
The P5+1 group of international mediators, comprising Russia, the United States, China, the United Kingdom, France and Germany signed a deal aimed at keeping Tehran’s nuclear program peaceful in exchange for sanctions relief on July 14.
The final “Adoption Day” for the agreement is set for mid-October.
According to EU foreign policy chief Federica Mogherini, the P5+1 group is currently waiting for the Iranian parliament to consider the deal before taking any further steps.
The International Atomic Energy Agency (IAEA) is expected to provide a final assessment on Iran by December 15.
By Sputnik