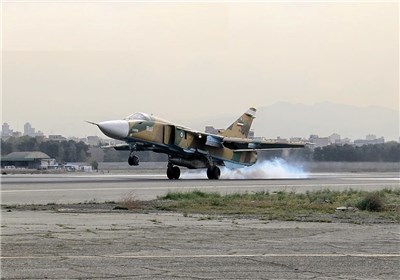 US weighing military force against Russia over Syria militants: Report

The Pentagon is considering the use of military force against Russia to protect US-trained militants in Syria, a move that could trigger war with America’s arch-rival, a report says.

US authorities quoted by the Associated Press on Thursday, said senior military leaders and defense officials are considering whether or not they should use military force if American-trained militants in Syria come under Russian fire as Moscow continues its air combat against Takfiri groups in the Arab country.

Weighing the risks of using force in response to a Russian attack is also among the department’s issues, according to the report.

The officials, who spoke on condition of anonymity, acknowledged that this is one of the questions being asked as they debate the broader dilemma of how the US administration should respond to Russia’s “indiscriminate military operations against the Syrian opposition.”

Defense Secretary Ash Carter, however, declined to discuss the problem when asked about it this week.

Earlier this year, the US said that the militants trained and equipped by the US would receive air support in the event they are attacked by either Daesh (ISIL) or Syrian troops.

Russia launched its air campaign against Daesh Takfiri terrorists in Syria on Wednesday. The airstrikes began hours after Washington refused to comply with Moscow’s demand to take its warplanes out of Syria.

Russian President Vladimir Putin has repeatedly assured that Russian jet fighters were targeting ISIL terrorists; the White House, however, says it could not confirm who the Russian military forces are targeting.

On Thursday, the Pentagon had its first conversation through video teleconference with Russian military officials

During the video call, Elissa Slotkin, the acting assistant secretary of defense for international security affairs, expressed US concerns that Russian military is targeting areas where there are few if any Daesh (ISIL) forces operating.

According to Russia’s Defense Ministry, over the past 24 hours, the Russian military had damaged or destroyed 12 targets in Syria, which belonged to the ISIL militants.

A US military spokesman in Baghdad, Col. Steve Warren, however, said he had no indication that the Russians had hit Daesh targets.