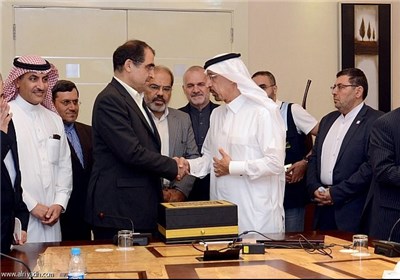 Tehran, October 1, The Iran Project – The Saudi King expresses condolence to the Supreme Leader of Islamic Revolution, Ayatollah Khamenei, the government and nation on Wednesday.

In the meeting on Wednesday, Hashemi and his counterpart agreed to expedite the dispatch of the dead deceased Iranians and to follow up the issue of missing pilgrims. He also held other meetings with number of Saudi ministers to deal with the problems facing the Iranian pilgrims.

In the latest statement on Thursday, Hajj and Pilgrimage Organization announced that the number of the Iranian pilgrims who were killed at the Mina tragedy reached 464.

The Mina deadly stampede occurred on September 24 after two large crowds of pilgrims, who were on their way to participate in the symbolic stoning of Satan, a Hajj ritual, collided.