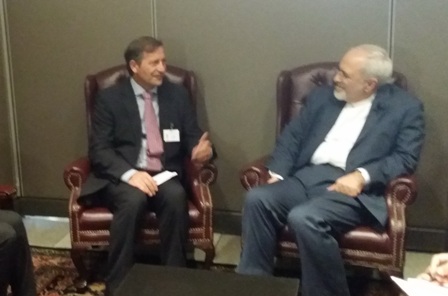 They stressed moving beyond the existing traditional ties to new areas of cooperation through exchange of diplomatic, parliamentary and trade delegations.

In the meeting held on the sidelines of the UN General Assembly, Zarif welcomed Erjavec’s statement on re-opening the Slovenian embassy and launching of the Slovenian Chamber of Commerce in Tehran.

The Slovenian foreign minister condoled his Iranian counterpart over the death of thousdands of Hajj pilgrims in Saudi Arabia including Iran’s former ambassador to Ljubljana.

The visit of Slovenian president to Iran was also discussed in the meeting.