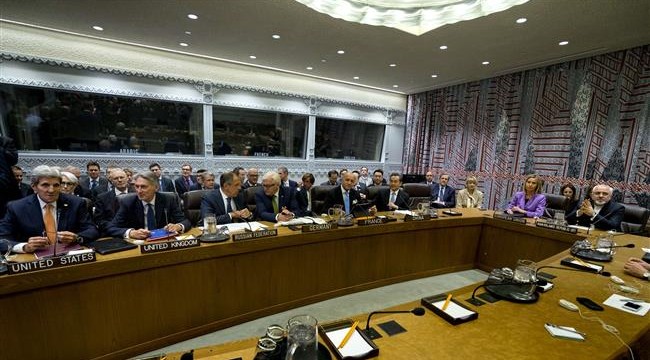 The foreign ministers of Iran and the P5+1 group of countries have met in New York for the first time since the conclusion of a nuclear agreement between the two sides in July to discuss ways of implementing the accord.

Joined by their deputies as well as the European Union foreign policy chief Federica Mogherini, the top diplomats gathered for an hour-long meeting at 8 a.m. local time (2100 GMT) on Monday, discussing the next steps for putting the July agreement, known as the Joint Comprehensive Plan of Action (JCPOA), into effect.

The senior officials are in New York to attend the 70th Session of the United Nations General Assembly (UNGA).

While in New York, Iran and the P5+1 are also to form a joint commission at the deputy level on the JCPOA’s execution.

On July 14, Iran and the P5+1 – the US, Russia, China, France, Britain, and Germany – finalized the JCPOA in the Austrian capital, Vienna.

Under the agreement, limits will be put on Iran’s nuclear activities in exchange for, among other things, the removal of all economic and financial bans against the Islamic Republic.

A few days later, the UN Security Council threw its weight behind the JCPOA, approving a draft resolution that turned the historic agreement into international law.