10 controversies swirling around Pope Francis’ visit to the US

Pope Francis has finally landed in the US for his first-ever visit to the country. The papal swing through the Northeast is guaranteed to captivate Americans, but the popular pontiff is likely to draw praise and criticism on numerous contentious issues.

The Bishop of Rome’s arrival comes at a delicate time for the Church in the US, which suffered damaging setbacks after a child sex abuse scandal. Although Catholicism is still the second-largest religion in the US, the number of Catholics in the US has declined and Pope Francis will be searching for ways to rejuvenate his flock.

So far, Pope Francis has defied being categorized on the traditional left-right spectrum of American politics, but his anticipated comments on a range of issues, from gay marriage and abortion to climate change and prison reform, will undoubtedly be seized upon for their political implications. Here are 10 of the most controversial issues surrounding the visit.

A contentious canonization
After visiting President Barack Obama on Wednesday morning, Francis will hold a canonization mass for Father Junipero Serra, a Catholic missionary who converted thousands of Native Americans in California. Declaring Serra a saint will mark the first time such an event has taken place on American soil, but critics have condemned the move, arguing that Serra was part of a Spanish colonization effort that decimated the Native population. 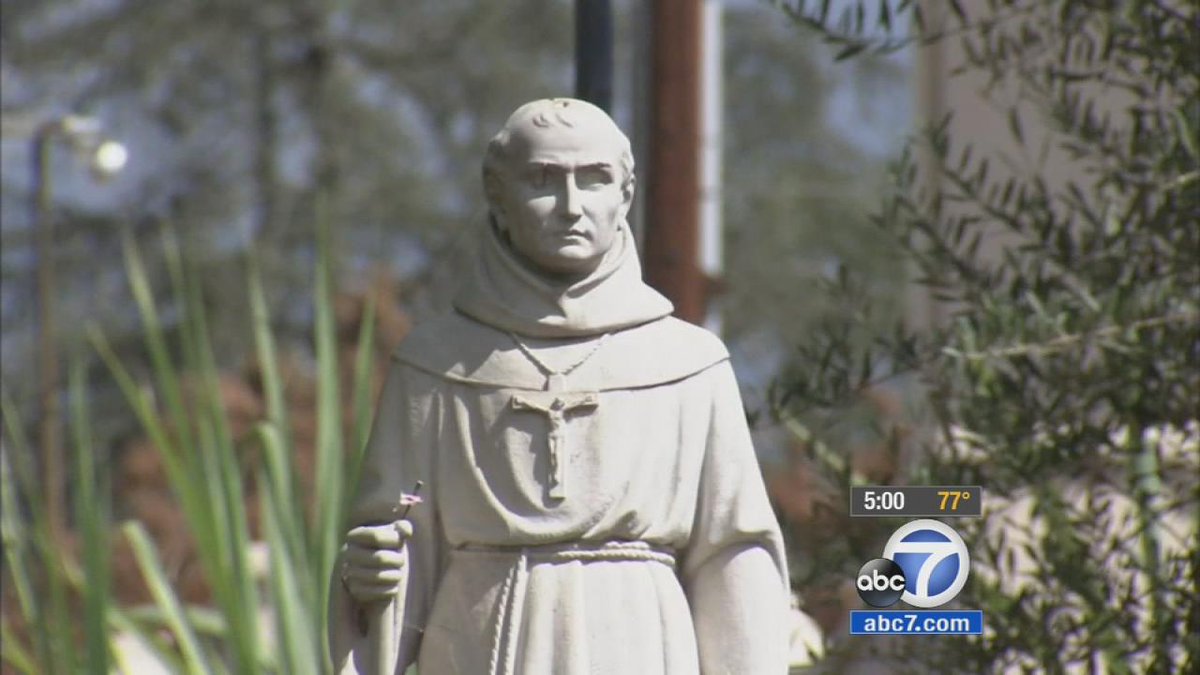 Serra’s arrival with the Spaniards coincided with the spread of infectious disease that cut the Native population in half, from 310,000 in 1769 to 150,000 in 1850, when California became a state, according to CNN. Critics of the canonization also say Serra’s efforts helped destroy Native American culture.

Serra’s defenders, meanwhile, say that the missionary saved many lives and note that he often criticized the military for treating Native Americans violently.

Wading into environmental waters
Francis has made headlines around the world for his passionate advocacy on behalf of the environment, urging nations to combat global warming and take better care of the planet in his latest papal encyclical entitled “Lauadato si’: On Care for our Common Home.” He is expected to address climate change when he speaks to Congress on Thursday. However, while environmentalists and scientists have embraced his position, not everyone has been so welcoming. 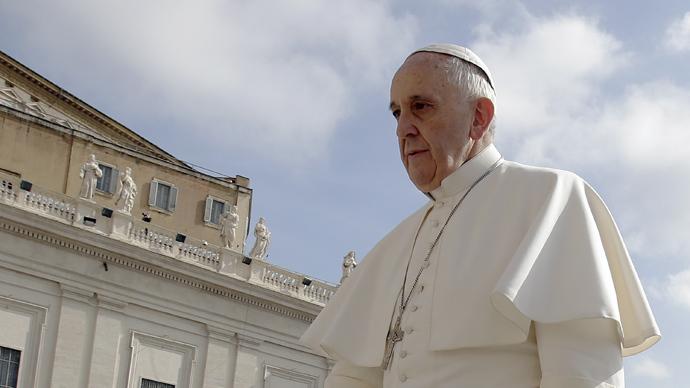 Destroyers of the environment will face God’s judgment – #Popehttp://on.rt.com/oeli5h

The pope has clearly fingered human behavior as one of the leading causes for the large quantity of greenhouse gases being unleashed into the atmosphere, but many conservatives do not agree with this argument and have reacted with criticism. Some have argued that the pope should not weigh in on scientific matters, while one Republican lawmaker, who is also a Catholic, has pledged to boycott Francis’ address to Congress.

“If the Pope stuck to standard Christian theology, I would be the first in line,” said Representative Paul Gosar (R-Arizona) in a statement. “If the Pope spoke out with moral authority against violent Islam, I would be there cheering him on. If the Pope urged the Western nations to rescue persecuted Christians in the Middle East, I would back him wholeheartedly. But when the Pope chooses to act and talk like a leftist politician, then he can expect to be treated like one.”

What will Francis say about abortion?
The issue of abortion has also been thrust back into the national limelight since videos emerged allegedly showing Planned Parenthood representatives selling fetal tissue collected in abortion procedures. Some Republicans are even threatening to shut down the government over federal funding allocated to the healthcare provider. 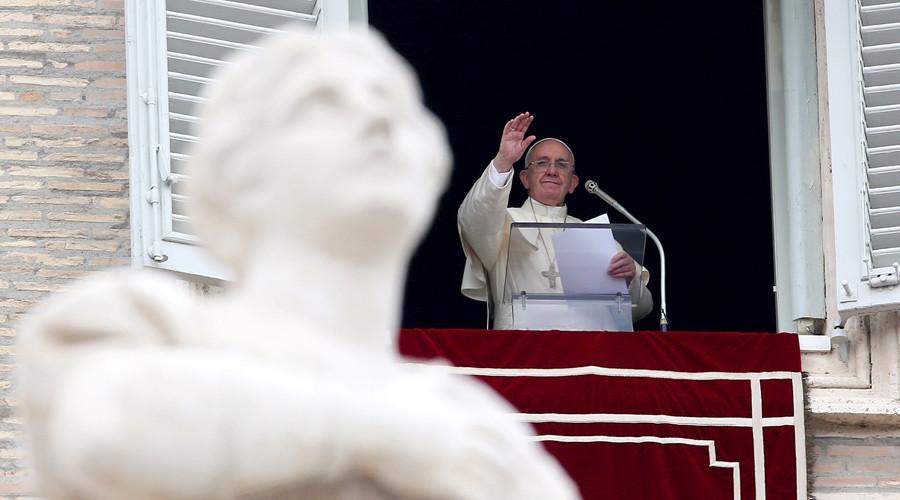 Francis himself has reduced the emphasis on sexual issues since the beginning of his papacy, but he has spoken out strongly against abortion in the past, referring to a “throwaway culture” that wastes human life. During his recently-concluded trip to Cuba, the pontiff reiterated the Church’s stance against the procedure.

However, he also stated recently that he is “well aware of the pressure that has led [women] to this decision … I know that it is an existential and moral ordeal.” In September, Francis said he would allow priests “the discretion to absolve of the sin of abortion those who have procured it and who, with contrite heart, seek forgiveness for it.”

A closet communist?
Following strong critiques of “unfettered capitalism” and an overwhelming emphasis on caring for the poor, some conservatives have taken to calling Francis a communist. Popular radio host Rush Limbaugh even went so far as to call the pope a Marxist. “This is just pure Marxism coming out of the mouth of the pope,” he said in 2013, a criticism he aired again this year.

On his flight to the US, Francis directly addressed these claims and defended his proselytizing, saying he’s only teaching what the Church has promoted throughout history. 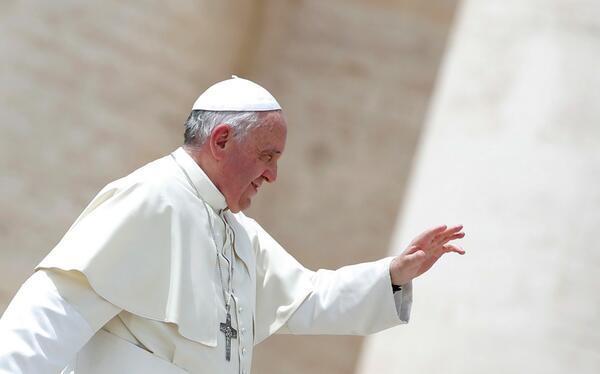 “I am certain I have never said anything more than what is in the social doctrine of the church,” he said, according to Catholic News Service. “I follow the church and in this, I do not think I am wrong.”

“Maybe I have given an impression of being a little bit to the left. But if they want me to recite the Creed, I can!”

Gay marriage looms after Supreme Court decision
Francis made waves across the globe when, soon after assuming the papacy, he famously declared, “Who am I to judge?” when asked about a gay priest’s sexual orientation. The simple statement was a sharp turn away from notions that homosexuality is “an intrinsic moral evil,” as stated by his predecessor, Pope Benedict XVI, when he was the Prefect of the Congregation for the Doctrine of the Faith.

http://ow.ly/S3mpo  Marriage – between a man and a woman – is under attack, #PopeFrancis says

Marriage – between a man and a woman – is under attack, Pope Francis says

Pope Francis told couples to defend God’s design for the family as the union of a man and woman for the procreation of children, and urged them to be merciful to those whose marriages have failed.

While the pontiff has not rejected the Church’s social teachings on homosexuality or gay marriage, he did suggest in a past interview that the Church could support civil unions. One draft of last year’s Synod on the Family also featured text saying the LGBT community has “gifts and qualities to offer to the Christian community,” though that was later taken out of the final draft.

Francis has typically stayed away from commenting on gay marriage, however, and it’s unclear if he will on this trip. Nevertheless, this summer’s Supreme Court’s ruling that same-sex unions are protected by the constitution has given him an opening to do so if he wishes.

Child sex abuse scandal still lingers
One issue that both supporters and critics of Francis agree needs more attention is the sex abuse scandal that has rocked the Church over the last few decades. Although Pope Benedict XVI defrocked hundreds of priests over the course of his papacy, criticism was renewed after reports surfaced that priests had been relocated to other parishes after facing allegations of child molestation. 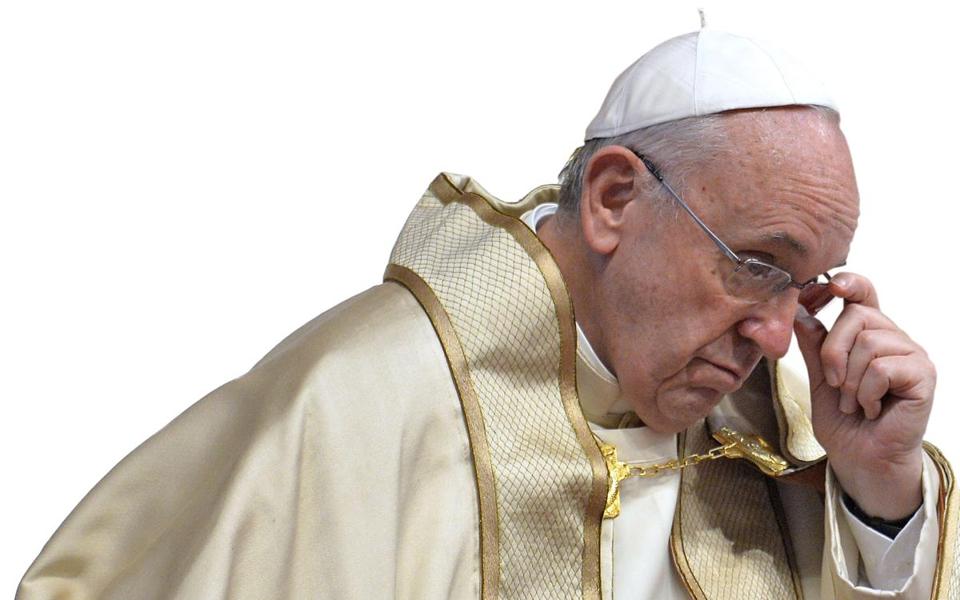 Thousands of priests remain accused, with victims and advocates pushing for a tougher line against perpetrators. Francis has made some moves on that front, initiating a commission to investigate the situation and advise the Church on how to move forward. He has also directing all bishops to have “zero tolerance” for those who abuse children. However, advocates for the victims believe this is not enough and that Francis needs to discipline those responsible. Many victims want to see criminal charges brought against the priests

It’s not clear if Francis will meet with any of the victims in the US, though the Vatican has said it’s a possibility.

A call for prison reform?
Before heading back to Rome, Francis will meet with prisoners at the largest jail in Philadelphia, the Curran-Fromhold Correctional Facility. The visit will come as a heated debate continues over police brutality and weaknesses in the criminal justice system. 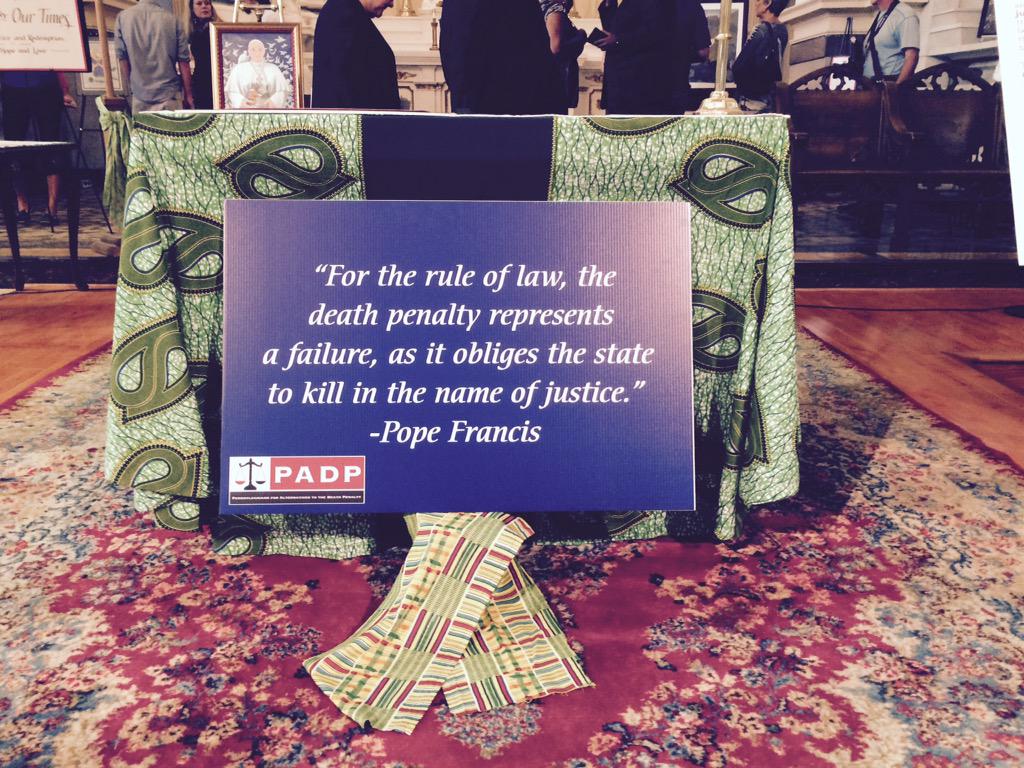 Francis has already criticized mass incarceration and the death penalty. He has also called for an end to life sentences, calling them a “hidden death penalty.”

“All Christians and men of good faith are therefore called upon today to fight, not only for the abolition of the death penalty – whether it is legal or illegal and in all its forms – but also to improve the conditions of incarceration to ensure that the human dignity of those deprived of their freedom is respected,” he said in 2014.

The Cuban embargo
Pope Francis’ role in facilitating the restoration of diplomatic ties between the US and Cuba has been well-documented, and he has also spoken out against the US’ economic embargo against the country, urging officials to lift it. Since only Congress can do this, however, rumors have swirled over whether he will bring the issue up when speaking to lawmakers on Thursday. On Tuesday, Francis said it would not be in the speech, but that the Church’s social teaching opposes economic embargoes because they hurt the poor.

“The problem of the embargo is part of the negotiations. This is public,” he said. “My desire is that they end up with a good result, that they reach an accord that says satisfies both sides, an accord, certainly.”

Immigration wars heat up
Francis has been unabashed in his support for immigrants and migrants all over the world, arguing that the US and others should embrace those who show up at their borders. Immigration is expected to feature prominently in his address to Congress on Thursday, and with Hispanics making up a growing portion of the Church’s US congregation, Francis will likely appeal for them directly. 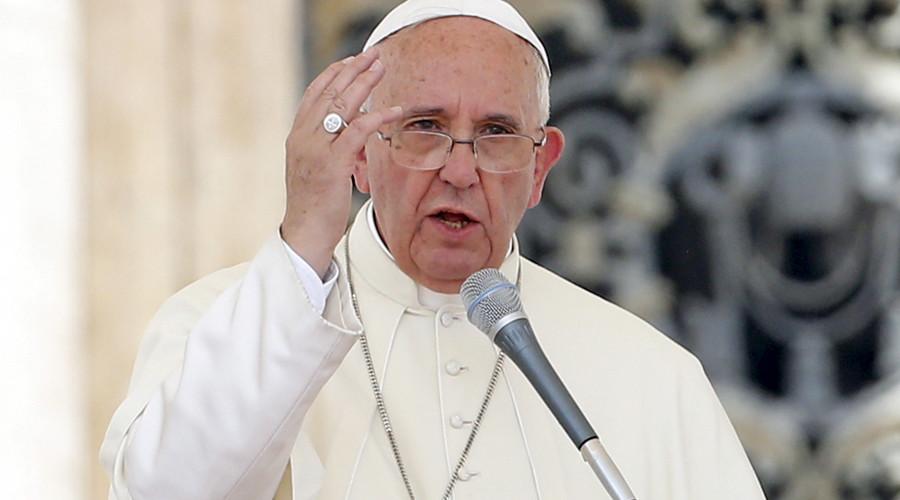 “A change of attitude towards migrants and refugees is needed on the part of everyone, moving away from attitudes of defensiveness and fear, indifference and marginalization – all typical of a throwaway culture – towards attitudes based on a culture of encounter, the only culture capable of building a better, more just and fraternal world,” he has said.

With many Republican presidential candidates pushing for tough immigration laws — and frontrunner Donald Trump advocating for a wall along the US-Mexico border — Francis’ comments will mark a drastic departure from the current conversation.

Europe’s refugee crisis
When the pope speaks at the UN General Assembly, he’s likely to address the burgeoning refugee crisis in the Middle East that’s spilling over into Europe. It’s unclear if he’ll tackle the roles that nations like the US are playing in places such as Iraq and Syria, but Francis will more than likely reiterate his plea for refugees to be welcomed into Europe and treated with dignity. He has already directed parishes across Europe to accept refugee families. 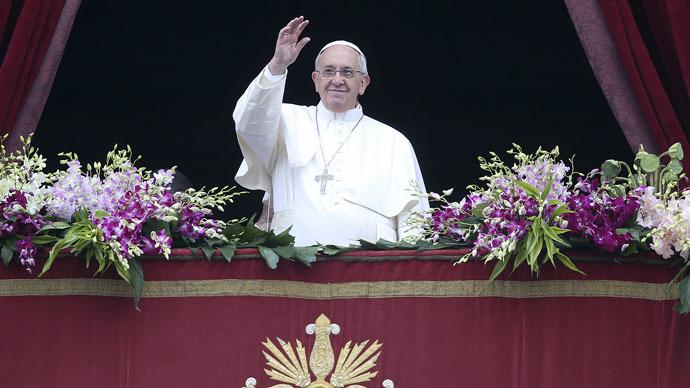 ‘We ask for peace, above all’: Pope Francis calls to end ‘barbarous violence’ in war zones http://on.rt.com/wu7622

If he does touch on the conflicts raging in Syria, Iraq and elsewhere, he will likely decry violence and call for an end to hostilities. In the past, he has said that a “genocide” is taking place against Christians in the Middle East.

“Today we are dismayed to see how in the Middle East and elsewhere in the world many of our brothers and sisters are persecuted, tortured and killed for their faith in Jesus,” he said. “In this third world war, waged piecemeal, which we are now experiencing, a form of genocide is taking place, and it must end.”