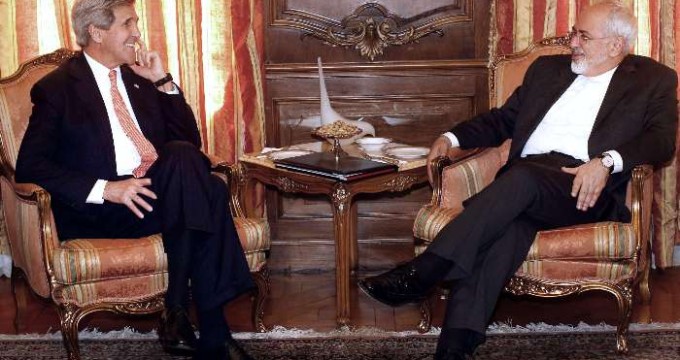 TEHRAN (Tasnim) – US Secretary of State John Kerry said he is set to meet his Iranian counterpart Mohammad Javad Zarif in New York on the sidelines of the 70th session of the UN General Assembly.

Kerry added that a host of issues, including the implementation process of the July 14 nuclear agreement and the Syrian crisis will be discussed during his meeting with the Iranian foreign minister.

“So this will be a very timely meeting in New York that gives all of us a tremendous opportunity to be able to work together on finding some ways forward, and I am very hopeful that we can do that,” he added.

Also, members of Iran’s nuclear negotiating team will head to New York on Monday to pursue implementation of the July 14 nuclear agreement reached between Tehran and six world powers.

Comprising deputies of Iran’s foreign minister, the diplomatic team will hold talks about the nuclear deal on the sidelines of the 70th session of the UN General Assembly.

Having just lost his mother, Deputy Foreign Minister Majid Takht Ravanchi will not accompany the nuclear negotiators on Monday. He is planned to join them later.

The 70th session of the UN General Assembly opened at the UN Headquarters in New York on Tuesday.

Meantime, a senior Russian Foreign Ministry official, Mikhail Ulyanov, told RIA Novosti earlier that “There are plans that on September 22 a round of technical consultations of experts will take place in Vienna and on September 28, a P5+1 and Iran ministerial meeting is slated to be held in New York, but this schedule can theoretically change,” in an interview.

Iran and the Group 5+1 – the United States, Russia, China, France, Britain and Germany (also known as P5+1 or E3+3)– on July 14 reached an agreement on Tehran’s peaceful nuclear program.