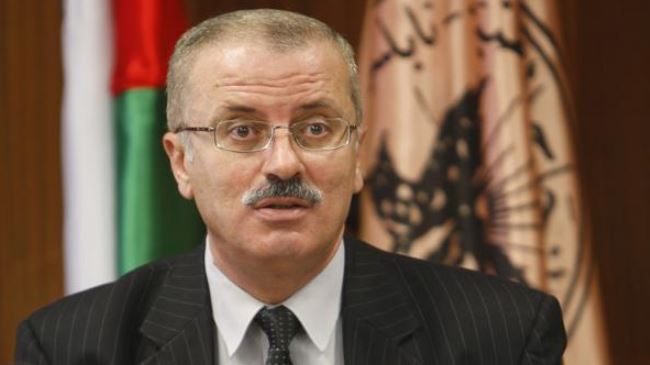 The Palestinian Authority (PA)’s Premier Rami Hamdallah is denied entry into the al-Aqsa Mosque compound upon an order by the Israeli prime minister.

Israeli forces on Friday prevented a convoy consisting of the Palestinian official, the head of the Authority’s intelligence, Majid Farraj, and the head of its preventive security, Ziyad Hab al-Reeh from entering East Jerusalem al-Quds, the Palestinian Ma’an News Agency reported.

Over the last two months, Israel has intermittently prevented Muslim presence at the compound during visits by the Israeli settlers and officials. Palestinians have complained that Tel Aviv is seeking to establish Muslim-free Jewish visiting hours.

Israeli officials have called up a few hundred police reservists to the area and on Thursday, Israel’s Attorney General Yehuda Weinstein authorized the use of sniper fire by Israeli military forces against Palestinian stone-throwers in al-Quds (Jerusalem). By so doing, Weinstein approved Netanyahu’s plan to change the rules of engagement and declare “war against stone-throwers and firebomb throwers” in the Occupied Palestinian Territories.

The restrictions employed against Muslims have since Sunday led to clashes, which have raised fears of spiraling violence and prompted international calls for calm.

On Wednesday, Israeli settlers, backed by the Tel Aviv regime’s forces, stormed the mosque, attacking the Muslim worshipers for the fourth consecutive day.

On Tuesday, at least 20 Palestinians were injured and several others arrested after Israeli soldiers fired stun grenades and tear gas at Palestinian worshipers inside the mosque.

The Israeli troops also attacked al-Qibla Mosque in al-Quds, burned its gate and broke its windows.

The Palestinian official had planned to head to al-Quds in an attempt to examine the current situation and support Palestinians residing in the area.

The mosque is Islam’s third holiest site after Masjid al-Haram in Mecca and Masjid al-Nabawi in Medina, Saudi Arabia. Its compound is also highly respected by the Jews and Christians.