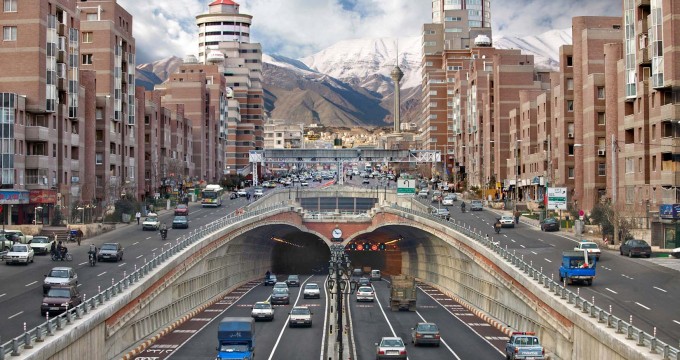 Tehran, Sept 17, IRNA – Built in 2009 “as a solution for the capital’s suffocating traffic,” Towhid Tunnel is the third longest urban tunnel in the Middle East and has broken the tunnel construction record by opening in less than 30 months.

In June, news outlets reported that deep cracks had appeared on the ceilings, causing water leakage and expressing concern over the tunnel safety.
The tunnel in south Tehran was closed for a while “to insulate the cracks as a temporary solution,” as stated by project executive manager Ali Oliaei Nia. Engineers blamed the low quality of concrete used, but their efforts have been in vain as the problem of water seepage in the tunnel has resurfaced.
Traffic police are seen every day at the northern and southern entrance of the tunnel in efforts to control and navigate the huge traffic flow as a couple of passageways are blocked for repairs.
Azizollah Nazari, head of Tehran Municipality District 2 said the Tehran Disaster Mitigation Management Organization had alerted all municipal bodies shortly after the seepage problem was reported by the traffic control center, and that executives from Waste Management Organization, Tehran Province Gas Company, Tehran Electricity Distribution Company, Traffic Police, emergency units, and fire station, had visited the site right away, Khabaronline.ir reported.
While the municipality insists that the matter is insignificant, several city council members say it is a “calamity”.
Councilor Rahmatollah Hafezi criticized the Tehran Municipality’s failure to address the problem in a timely and efficient manner and said it should not be condoned. “They believe since there is a dry spell in the province, safety measures such as insulation can be overlooked, but natural precipitation, sewage wells, and cracked urban pipelines could pose serious threats.”

Not Insulated
Water leakage in the tunnel is caused by a crack in the pipeline and lack of proper insulation, says Eqbal Shakeri, head of the Transportation Committee of the Tehran City Council.
Tehran Mayor, Mohammad Baqer Qalibaf, confirmed Shakeri’s statements.
The tunnels were not insulated since the process “was too costly.” The same goes for a number of other tunnels in and outside the city.
“An urban water pipeline crossing over the tunnel is leaking into it, but that is no reason for concern since there are no technical problems,” he maintained.
Fars News Agency quoted Shakeri as saying that insulating the tunnel “is on top of our agenda and going on at the moment.”
Meanwhile, a financial dispute between the firm managing the tunnel project and the Tehran Municipality has caused uncertainty.
The construction company has filed a lawsuit against the TM for unpaid debt, and is not willing to undertake restoration work before the debt is settled, reports Borna News Agency.
Although municipal executives have reassured the people of the tunnel’s safety and allayed concerns over technical problems, one cannot help but feel alarmed over the recurrence of the problems.