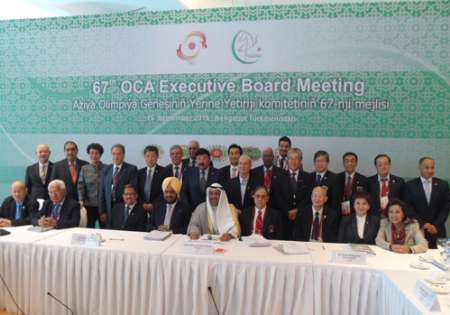 According to the application of NOCI, which was already tabled in the session of OCA in Tehran, the council in its meeting in Ashgabat, capital of Turkmenistan decided to agree with transferring Iran’s athletics region from west of Asia to Central Asia.
The executive board of the OCA announced transferring Iran and Afghanistan to Central Asia region on Tuesday morning.
Iran from west of Asia and Afghanistan from south of Asia region joined the Central Asian countries.
The OCA declared proximity of cultural and traditional backgrounds of the two countries with Central Asian states as the reason for such a decision.