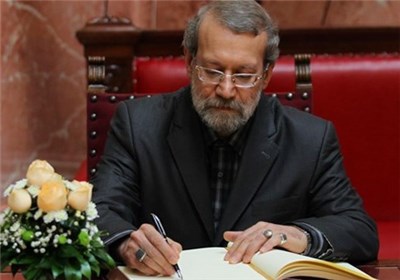 TEHRAN (Tasnim) – Iranian Parliament Speaker said Saudi Arabia should have adopted proper measures to protect Hajj pilgrims, and underlined that Saudi government’s negligence was the main cause of the incident.

On Friday evening, a large construction crane toppled over during a violent rainstorm in Mecca and crashed into the Masjid al-Haram, killing at least 107 pilgrims and wounding 238 others

In his message of condolence over the deadly crane collapse, Larijani on Sunday regretted that Hajj rituals coincided with this sad incident.

Saudi government should have taken the necessary preparatory measures to safeguard the lives of the pilgrims, he said, and called on the Saudi officials to immediately probe into the case.

Larijani also sympathized with the families of the victims and wished immediate improve of health for those injured in the incident.

The comment came as Iran announced on Sunday that 8 Iranian nationals have lost their lives in the incident.

The country’s Hajj and Pilgrimage Organization announced on Sunday that three more people, including Hassan Qassemi Darabadi from Tehran, Ahmad Hatami Keleshteri and Mohammad Jafar Fallah were added to the numbers of Iranian victims of the deadly incident after efforts to find lost nationals.

After the incident, the organization had announced to the managers of all caravans to let it know if they have any missing pilgrims.

The data were collected and Iranian medical and relief teams were dispatched to search for the missing pilgrims in the Saudi hospitals as more bodies of Iranian pilgrims were identified.

This is while, it had previously been announced that only one Iranian pilgrim had been killed in the tragic incident.

Seifollah Asadi-Mina from Iran’s western province of Hamedan was among the first killed pilgrims in the collapse of the crane into the Masjid al-Haram.