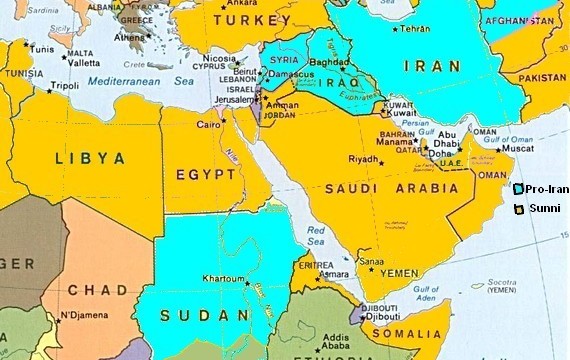 Alwaght- Due to the fact that nation-states structures have not established properly in the West Asia, and regarding nominal nature of the region’s political systems, sectarian and ethnic norms are dominant among the Arab states of the region.

Encountering radical groups such as ISIS and their ideology as has let to confrontation between the modern world order represented by Western culture and conventional, social and religious culture of West Asian countries, which are simultaneously the West’s allies.

Meanwhile, believing in and supporting the mechanisms of extremist ideologies helped create a ground for their growth and sustentation in the region, leading to protracted social disputes.

These ideological beliefs could easily be implemented by the fundamental groups, and then be utilized by Takfiris.

Moreover, the Sunni Muslims loyal to Takfiri groups have been exposed to a form of identity reconstruction as some extremist groups like ISIS are leading identity wars with the ostensible purpose of reviving the early Islamic conventions.

In the meantime, the fundamentalist Takfiri groups with an outstanding and common attitude tended to dismiss the nationalistic norms and values, insisting on their own mindset which distances them from the ordinary public. All these developments have resulted in incomplete formation process of national-states.

Regional and global powers’ policies have led to a form of protracted process of integrity in the region’s communities, an issue that fully immersed the West Asian citizens in a state of confusion, making them more inclined to accept the extremist and fundamental ideologies.

The so-called modern Islamic state has some features including an opposition to nationalism, diversification, and democracy values. Additionally, concentration on sectarianism, modification of the prevailing religious doctrines, ambiguity in the case of conformity to modernism and traditionalism, reorganization of the political activities based on Jihadism and expedience in adaptation of transitional process requirement make up other characteristics of the modern Islamic state. All above-mentioned traits empower the so-called Islamic State to keep the West Asian states trapped in a state of uncertainty, paving the way for the terrorist group to engineer the region’s communities politically and ideologically.

The instable atmosphere of the transitional period in the West Asia has created a suitable environment for the ideologist groups to recruit the people in the target countries, as it has provided them with a proper ground to propagate the ideology of so-called modern Islamic state.

Despite the fact that logical and intellectual factors are of significance in so-called Islamic state, normative and fundamental interpretation of the social and political concepts have an upper hand in eyes of the extremist groups which are struggling to establish the Islamic state.

Wrong policies adopted by regional countries have led to the protraction of the transitional period of formation of nation-states. In the case of Syria and Iraq’s conflicts, the attitudes of Turkey, Saudi Arabia and Qatar, the regionally influential countries that control the religious and sectarian groups, further complicate the crisis.

With the rise of ISIS as a threat to all regional countries, cooperation between Shiite Iran and Sunni countries was expected, however no coordination has occurred, even after Iran’s nuclear conclusion.

Contrary to what is generally imagined about an Islamic state, religion does not play a major role in its structure, rather they are sectarianism and struggle for power that are determining factors. For example ISIS’ camps in Iraq include some of former Iraqi dictator’s army generals, members of the banned socialist Ba’ath Party, extremist Takfiris as well as dissenting Sunni tribes. The power element has unified and organized these colorful spectrums under one umbrella, despite their clear religious and social differences.

Reflecting on regional consequences of the ISIS’ presence in countries such as Syria and Iraq, one can see that the regional and global legitimizing factors for an official governing body has declined in the West Asia, being replaced by tribal and sectarian standards operating within the body of the region’s national governments. These structures are neither of national nature nor of ethnic one; rather are they instable structures that partition of countries like Iraq would strengthen them.  Partition of a country in the region will trigger internal conflicts in these instable structures that will finally result in offensives against other organizations. The direction West Asia is heading toward is just contrary to the developments that occurred after the European 30-year religious wars in the 17th century.