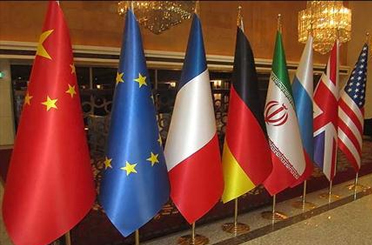 ‘Because if it fails, the risk for a nuclear Iran will only go up.’
The former head of Israel’s nuclear agency joined the U.S. debate over a proposed deal with Iran over its nuclear weapons, saying in a campaign-style ad released Tuesday that “things will get worse, not better” if Congress derails the pact.

The one-minute ad, obtained first by TIME, will appear on cable and online channels from the No Nukes for Iran Project, a non-profit group that does not have to disclose its donors. The ad joins others lobbying Congress on the deal, which appears to be coasting toward becoming reality given Republicans lack the votes to derail it.

“Here is a reality check: there is no ideal Middle East, there is no ideal agreement with Iran, and this deal isn’t perfect,” former Israeli Atomic Energy Commission Director General Uzi Eilam says into the camera in the ad. “But if the United States Congress kills this multinational agreement, things will get worse, not better.”

Eilam, who served under Prime Ministers Rabin, Begin, Shamir and Peres, says that the reactor in Arak would be filled with concrete, 98% of Iran’s stockpile would be eliminated and Tehran would face “the most intensive inspections regime ever negotiated.”

Read about changes to Time.com

China, Russia, France, the United Kingdom, Germany and the United States negotiated the historic deal, under which Iran will get relief from sanctions and regain access to international oil markets. That is expected to bring it a windfall of about $100 billion to Iran. In exchange, Iran must dispose of most of its low-enriched uranium, stop efforts to produce or acquire more nuclear fuel and consent to inspections.

The deal remains deeply unpopular among Republicans, and a separate group is poised to make an effort at making the deal more difficult to implement by amended state constitutions. Others say that say a nuclear-armed Iran would be doom to Israel, Iran’s sworn enemy.

Eilam said the stakes could not be higher for Israel—and urged Congress to back the deal because of those threats. “Because if it fails,” Eilam says, “the risk for a nuclear Iran will only go up.”

This article was written by Philip Elliott forTime on Sept. 8 , 2015.