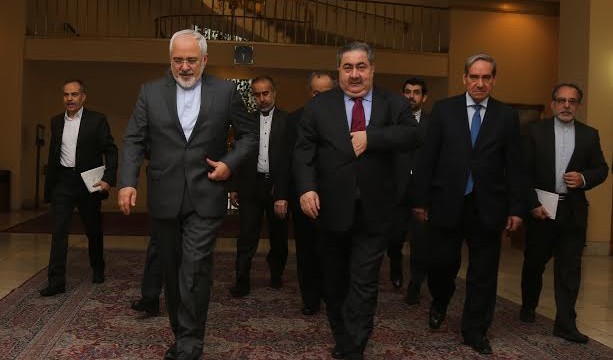 The Iranian foreign minister said during his meeting with Hoshyar Zebari in Tehran on Sunday that Tehran and Baghdad enjoy cordial relationship and should make use of the existing capacities in line with the two sides’ interests.

Zarif called for trade exchanges between the two countries to be facilitated, saying that all obstacles on the way of Iranian contractors in Iraq should be removed.

The Iraqi minister, for his part, said Tehran and Baghdad must further expand their economic cooperation.

Zebari commended Iran’s support for the Iraqi government and nation in their fight against terrorism and their efforts to reinforce national unity.

Gruesome violence has plagued the northern and western parts of Iraq ever since the Daesh Takfiri terrorists launched an offensive in June 2014, and took control of swathes of the Iraqi territory.

Units of the Iraqi army and volunteer fighters have been engaged in joint operations to liberate the militant-held regions.