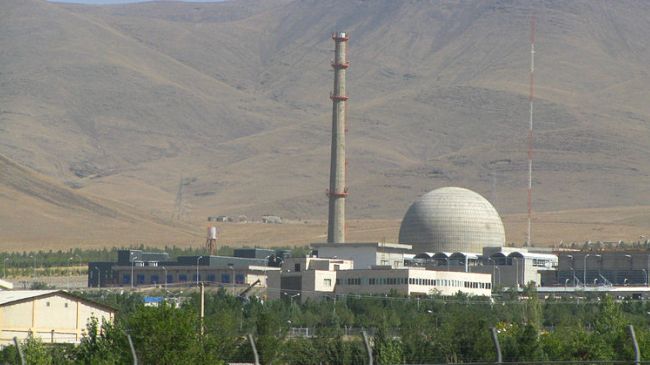 TEHRAN (Tasnim) – Members of a special commission at Iran’s parliament -set up to review the finalized text of a lasting nuclear deal between Tehran and world powers- are going to visit the country’s heavy water reactor in Arak, an MP said.
Print

Seyed Hossein Naqavi Hosseini, rapporteur of the parliamentary team, told Tasnim on Wednesday that members of the commission are planned to visit the Arak facilities on September 9.

Last week, 15 Iranian lawmakers were elected to the special commission, established to study the text of the final nuclear deal between Iran and the Group 5+1 (Russia, China, the US, Britain, France and Germany), known as the Joint Comprehensive Plan of Action (JCPOA).

According to Naqavi Hosseini, senior members of Iran’s team of nuclear negotiators, including Deputy Foreign Minister Abbas Araqchi and Head of the Atomic Energy Organization of Iran (AEOI) Ali Akbar Salehi, are scheduled to attend the special commission’s meetings next week.

The JCPOA, whose text was finalized in Vienna on July 14, has subjected the parties to comply with a series of commitments, resulting in the termination of sanctions on Iran in exchange for certain restrictions on Tehran’s nuclear program during a defined period of time.