A look at Iranian newspaper front pages on August 30

IFP has taken a look at the front pages of newspapers on Sunday and picked headlines from 14 of them. IFP has simply translated the headlines and does not vouch for their accuracy.

The comments President Rouhani made in a news conference attended by local and foreign reporters dominated the front pages of Iranian newspapers on Sunday.

Ettela’at: “Whenever we talk about compliance with law, some people tell us not to make a fuss!” President Rouhani told a press conference.

He further said that on the local front the government has done its best not to create any new wounds and heal the wounds of the past.

Highlights of Ettela’at newspaper on August 30 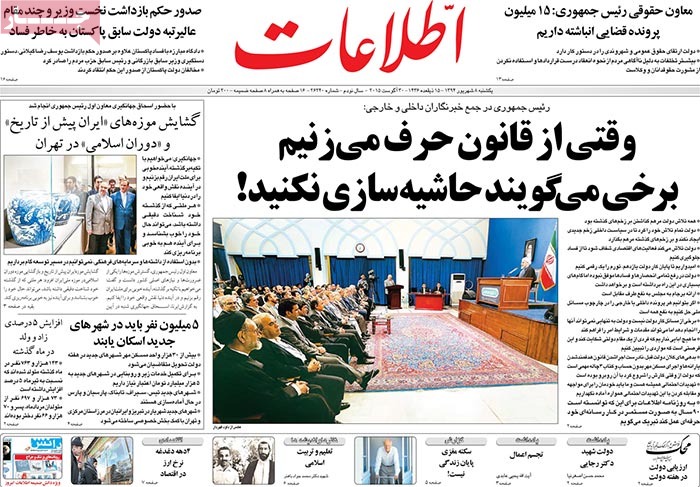 Abrar: “The nuclear deal is a historic opportunity for banks to seize,” said the managing director of Bank Tejarat. 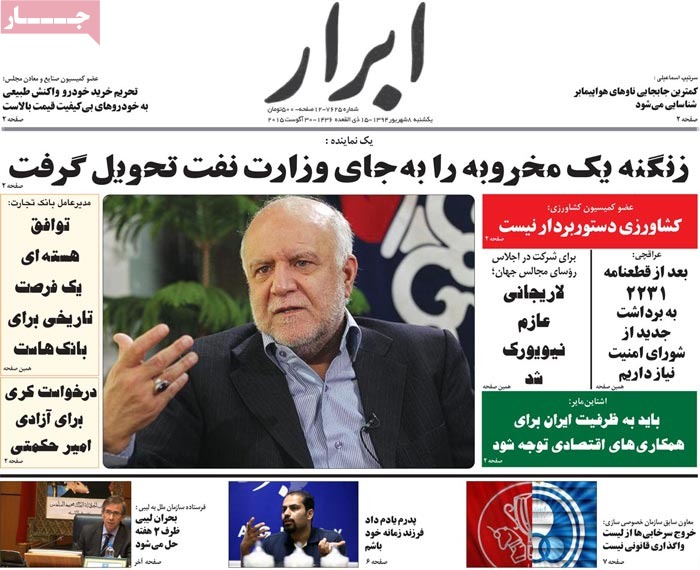 Afarinesh: The attorney general has said that the judiciary helps the executive branch to secure the objectives of the establishment. 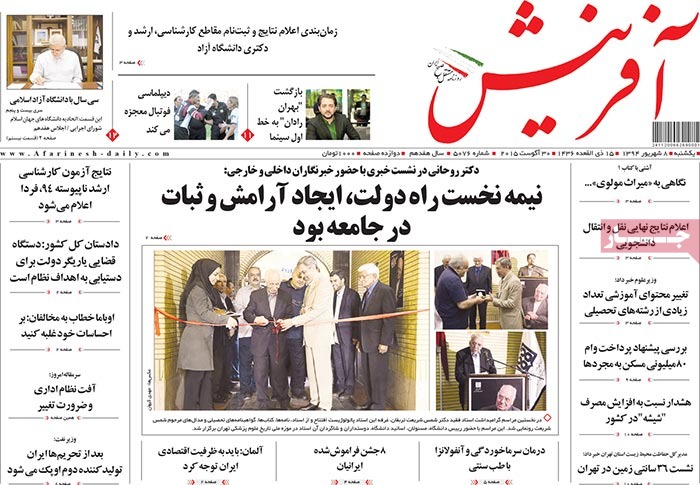 Arman-e Emrooz: The president told a news conference that his government does not seek to take on any state institutions in the upcoming elections.

He further said his government is not afraid of lawsuits [filed by members of the previous government].

President Rouhani further said he wonders why whenever he talks about laws some individuals get irritated. 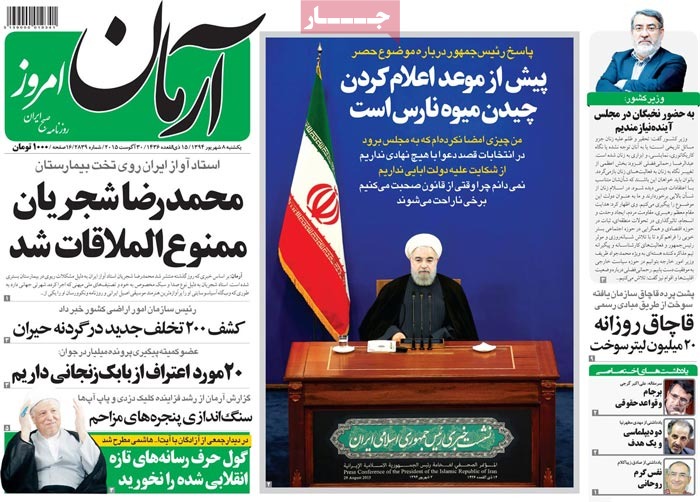 Asrar: Trade delegations from 10 European countries are to visit Iran. 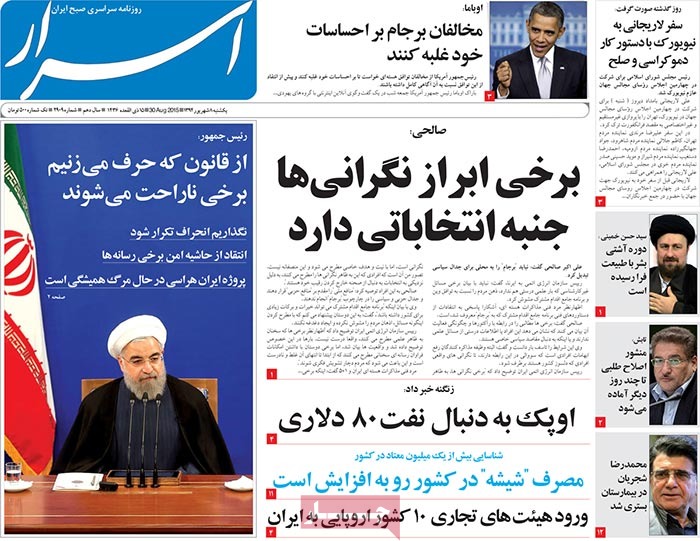 Ebtekar: The director of the Atomic Energy Organization has said those who are apparently worried about the nuclear deal simply seek to further their electoral goals. 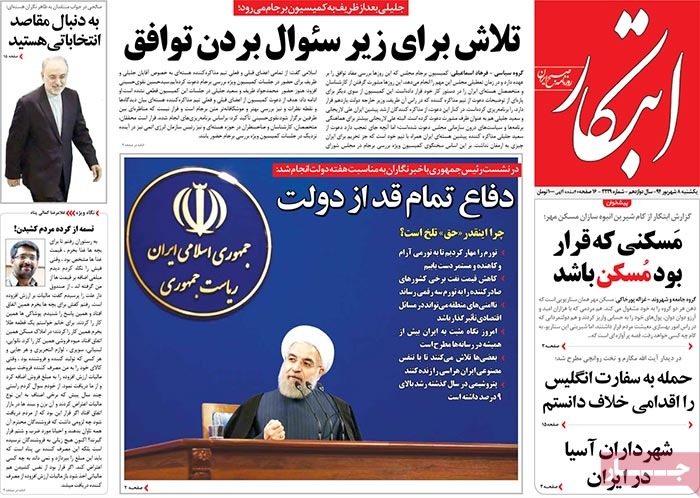 Emtiaz: An executive board of Asian mayors has been set up in Tehran. 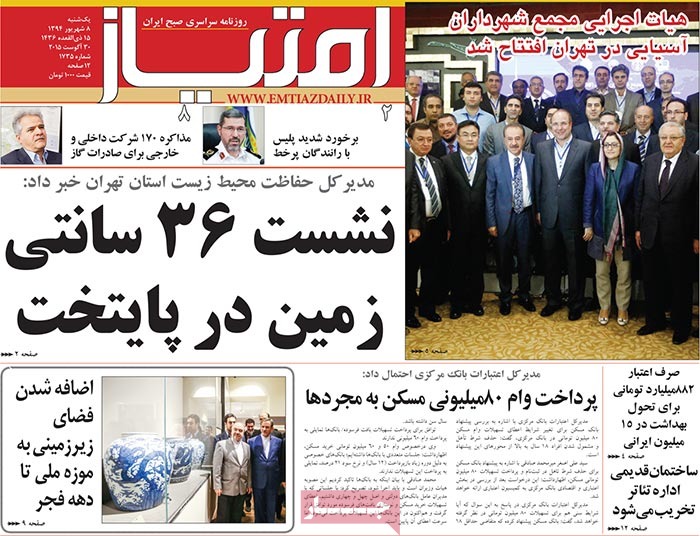 Etemad: “Massive debts, cash subsidies which are not in line with any laws and an affordable housing project in shambles are the legacy of the previous government,” said President Rouhani in a news conference. 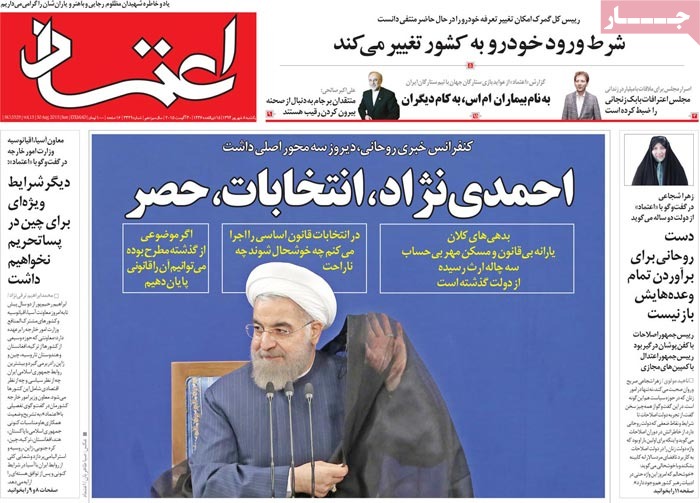 Hemayat: The judiciary chief has said the judicial system will hire 4,000 new judges as part of a transformation plan. 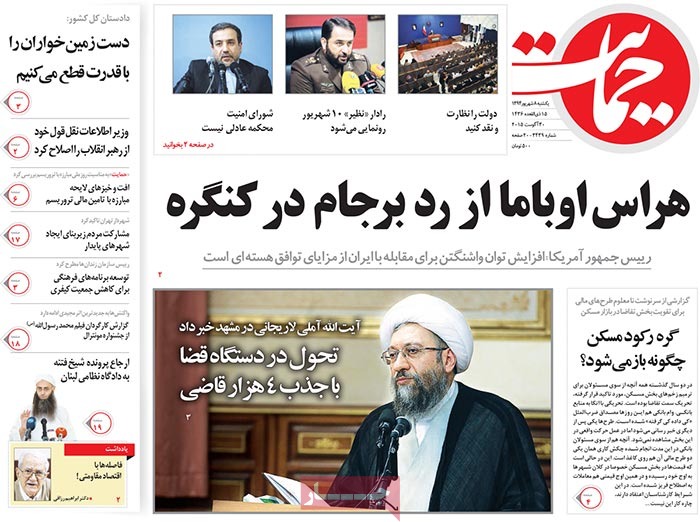 Jamejam: The president has said the Joint Comprehensive Plan of Action does not need to be approved by parliament.

Kayhan: “I haven’t signed anything to be sent to parliament for approval!” the president said in explaining why he has not sent the Vienna accord in the form of a bill to the Islamic Consultative Assembly.

Kayhan: The intelligence minister has apologized for misquoting the Supreme Leader. 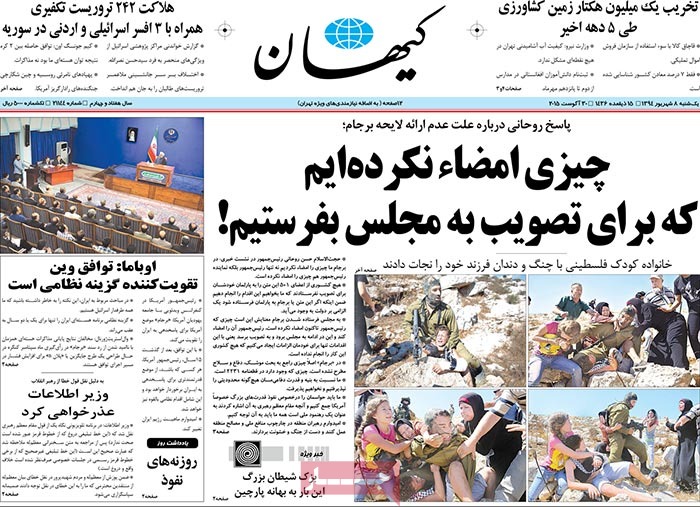 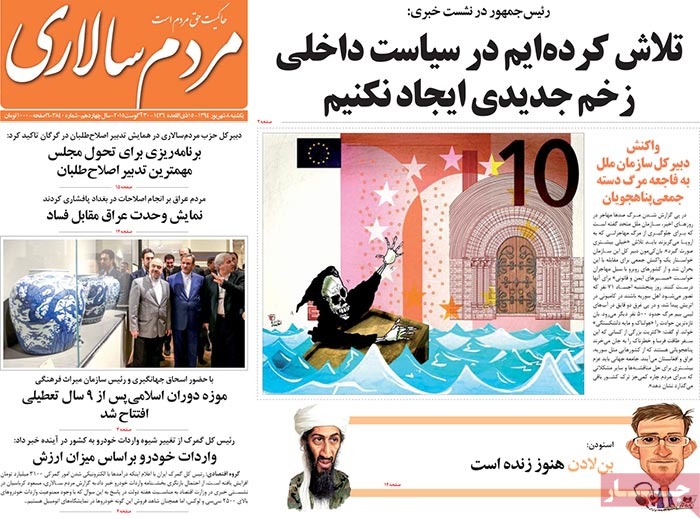 Qods: The president has promised to solve the problems associated with unemployment, marriage and drug addiction in the post-sanctions era.

Qods: A new radar and missile system has been unveiled. 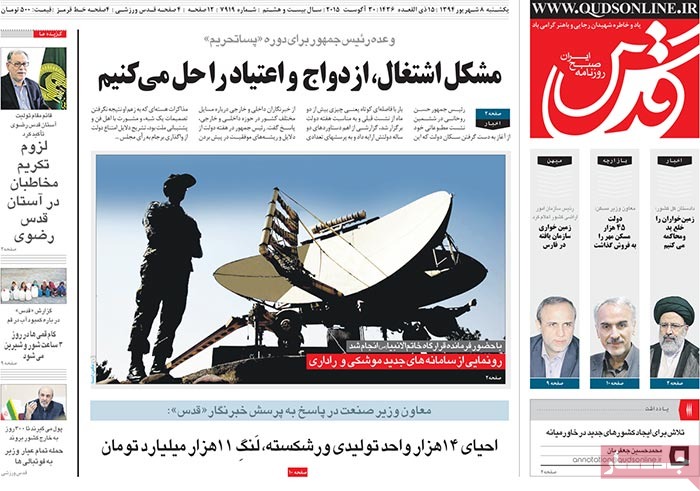 Rooyesh-e Mellat: “The Iranophobia project has a foot in the grave,” said President Hassan Rouhani. 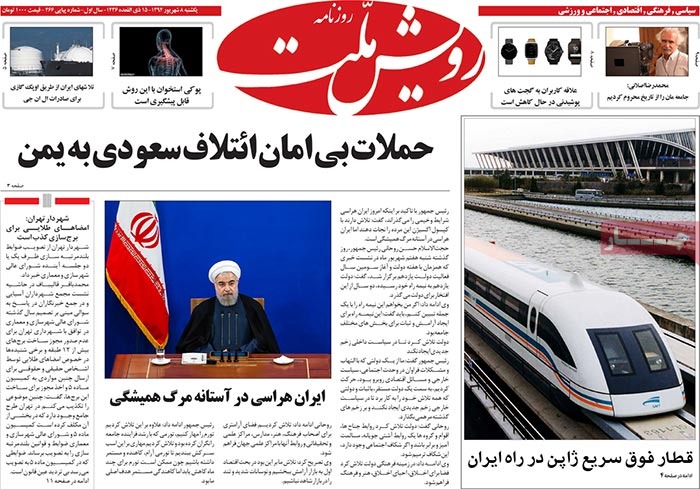