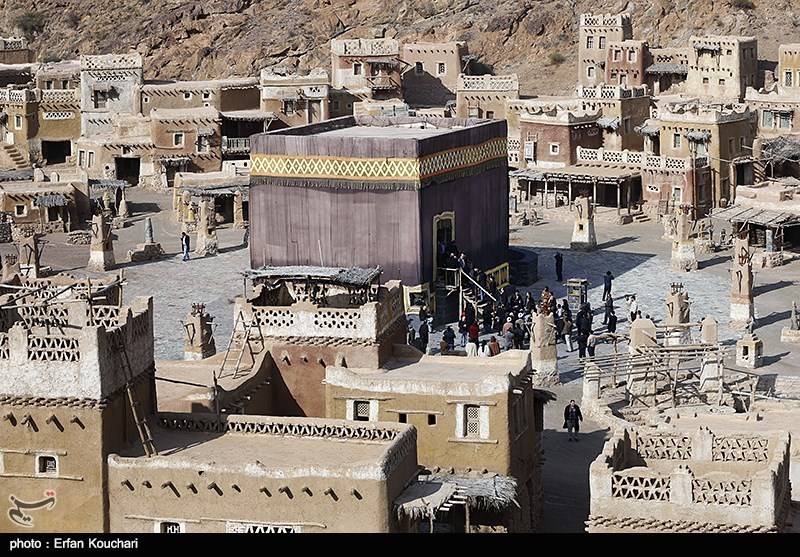 ‘Muhammad’ screening postponed by a day

The screening of Iran’s most expensive film ever, ‘Muhammad’, which was set for Wednesday in 143 theatres throughout the country on the occasion of the birth anniversary of Imam Reza (AS), the eighth Shia imam, has been postponed by a day due to technical problems.

Mohamadreza Saberi, managing director of Nour-Taban Film Industry, distributor of the movie, told Fars News Agency that some cinema halls were found to have faults with their digital sound system, so technicians are trying to address the problems.

He hoped the film would open across Iran on Thursday (August 27) simultaneous with its global premier at the Montreal World Film Festival (MWFF) in Canada.

The movie has used Dolby digital sound in production, so for its proper screening almost 100 cinema halls were equipped with the state-of-the-art technologies in the past months.

“Those who bought tickets online for the first day’s shows in Iran will be able to watch the movie over the next week (till September 2),” Saberi said.

Montreal Festival
Meanwhile, director Majid Majidi together with four actors, who play the main characters in the film, left for Canada from Tehran’s Imam Khomeini International Airport Wednesday to take part in the 39th MWFF in Montreal on August 27. ‘Muhammad’ will open the festival.

Actors accompanying Majidi include Mahdi Pakdel (who plays Abu Talib, head of Banu Hashim clan in the Quraysh tribe of which the holy prophet was a member), Alireza Shojanuri (in the role of Abdul-Mutallib, the prophet’s grandfather), Mina Sadati (as Aminah, the prophet’s mother) and  Sareh Bayat (in the role of Halimah, prophet’s foster-mother).

In an interview with AFP in Tehran, Majidi said extremists and jihadists such as the Islamic State group “have stolen the name of Islam,” france24.com reported.

In the western world, “an incorrect interpretation has emerged that shows a violent image of Islam, and we believe it has no link whatsoever” to the religion, he said.

In an attempt to allay the concerns of Muslims, Majidi looked for alternative ways of showing the prophet, and chose not to picture his face at all. Instead, the movie depicts Muhammad by only showing the back of his head.

“We customized a steadicam especially for the prophet. Wherever we have the prophet in the film, we see through his POV (point of view), even in his childhood,” Majidi explained.

“Everyone is curious to see the prophet in the film, but you cannot see his face,” he said, adding that the prophet can only be seen in profile, or with his back to the camera.

Challenging
“To have the hero throughout the movie and not show his face once is a big challenge,” said Majidi, whose ‘Children of Heaven’ was nominated for Best Foreign Language Film at the Academy Awards in 1998.

‘Muhammad’ is the first part of a trilogy on the life of the prophet. The film depicts events before his birth and up to his teenage years, before he became prophet, which according to the Qur’an was at the age of 40.

“Definitely, some countries like Saudi Arabia will have problems with the film but many Islamic countries – including Turkey, Indonesia, Malaysia and a lot more in Southeast Asia – have asked for it,” Majidi said.

The first major production about the prophet’s life, ‘Mohammad, Messenger of God’ from Syrian-American filmmaker Moustapha Akkad, also drew criticism in the Muslim world when it was released in 1976.