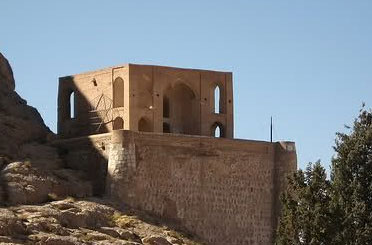 Kerman province at a glance

Tehran, Aug 27, IRNA – Kerman province, in the south of Iran, is famous for its handicrafts (hand-woven carpets), agro and horticultural products (date and pistachio) and different kinds of pastries (‘Komaj’ and ‘Qovvatoo.’)

The province is the birthplace of many great literary, cultural and artistic figures and luminaries, Tehran-based English newspaper, Iran Daily, reported.

The land is also home to a number of martyrs such as Mohammad-Javad Bahonar as well as great political figures such as Akbar Hashemi Rafsanjani and General Qasem Soleimani.

A cultural week of Kerman province was held at Milad Tower, Tehran, during August 7-14, 2015.

The event sought to promote cultural exchanges among the provinces and improve awareness about the country’s rich culture.

Commenting on the festival, Ali-Reza Razm-Hosseini, the governor general of Kerman province and the festival’s director, said the expo showcased cultural and investment opportunities in the province.

He added the people of cities across the province presented the investment opportunities of Kerman on CDs and in books during the event.

Farshid Fallah, director-general of Culture and Islamic Guidance Department in the north of Kerman, said while everybody thinks that Kerman is an arid region, the province is home to 25 percent of the country’s gardens.

‘It has four peaks with altitudes of over 4,000 meters, three of them are higher than Mount Dena, southwestern Iran.

Due to its rich mines, it is known as ‘The Paradise of Iran’s Mines’.

Kerman is an important industrial region and a forerunner in the field of agriculture.’

He noted that the latest discoveries in Halil-Roud point to an ancient civilization which will change the history books significantly.

Created about thousands of years ago, Halil Civilization is a new discovery located on the Halil-Roud plain.

Mohyeddin Tayyebi, the head of Halil-Roud Civilization’s Workgroup, said, ‘A number of ancient clay tablets with geometrical patterns have been discovered in the region.

The patterns have not yet been deciphered. However, they are believed to represent the writing style used by the civilization.

The discovery supports the hypothesis that the first writing style and language were invented by ancient inhabitants of the region.