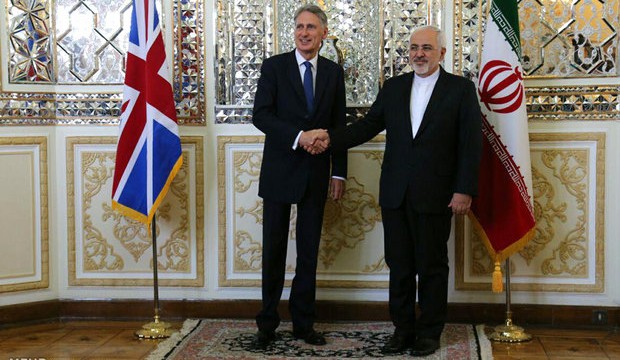 The anger that has run like a dark thread through Britain’s relationship with Iranhas left its enduring mark on the wall of the UK’s embassy in Tehran. Four years after a radical mob stormed the compound, and even after several million pounds worth of refurbishment, the words ‘Death to England’ are still visible, scrawled in red felt-pen on the doors and walls.

The mission is awaiting a restoration specialist to arrive from Britain with the historically appropriate paints for the 19th-century decor to blot out the graffiti. Until then, it lingers as a reminder of the precarious nature of the relationship. Britain’s colonial past and Iran’s Islamic revolution have left mutual fascination and repulsion in their wake.

Sitting a few feet from the scrawl, Philip Hammond, the first British foreign secretary to visit Iran for well over a decade, had come to reopen the embassy, and open a new chapter in Anglo-Iranian affairs. He was philosophical about the vandalism.

“I was just looking at the graffiti and thinking that your average British Rail-type graffiti artist would find it a bit contained and structured. It all looks rather neat, doesn’t it, as though somebody probably wrote the slogans out on a piece of paper before they were dispatched,” Hammond told the Guardian.