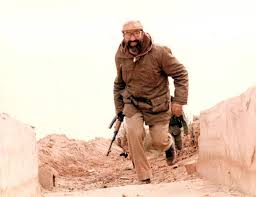 Beirut to name a main street after martyr Chamran

Tehran, August 23, The Iran Project – Beirut will name one of its main streets after great martyr Mostafa Chamran, said an informed source at the Cultural Center of the Islamic Republic of Iran in Beirut.

To honor the courageous actions of the great martyr Dr. Mostafa Chamran in Lebanon and Iran, one of the main streets in Beirut is going to be named after his name in coming days, an informed source at the Cultural Center of the Islamic Republic of Iran in Beirut said on Sunday.

Reportedly, a statue of the martyr Dr. Mostafa Chamran that has been built in cooperation with Tehran municipality will be installed in the center of the street.

The name of the street and the statue will be unveiled in a ceremony attended by Iranian and Lebanese officials, the source added.

Moreover, a photo exhibition of the Martyr Chamran’s pictures will be held where some of his books are also displayed.