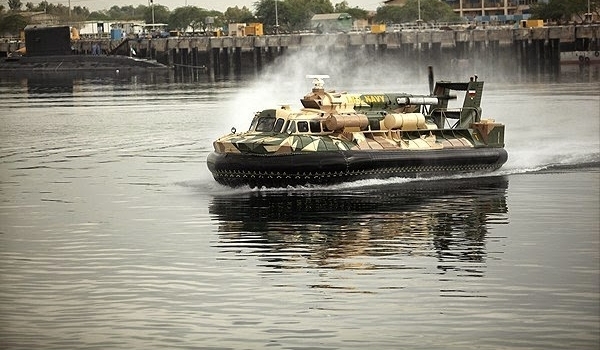 TEHRAN, Aug. 11 (MNA) – Making recreational hovercrafts, Iranian designers prevented millions of dollars from leaving Iran.
The Scientific and Industrial Research Organization of Iran announced that one of its subdivision companies has designed and manufactured hovercrafts in Iran.

The company’s Chairman of the Board of Directors Farzad Taherkhani boasted the company’s achievement in making single-seated and double-seated hovercrafts pointing to the importance of the vehicle in rescue missions over rivers and flood-stricken areas.

He also promised that the 6-seat model of the craft to be unveiled by March 2017.

On competitiveness of his company’s products, Taherkhani added that they used the same engine as implemented in models made by Universal Hovercraft of America.

To the benefit of customers in Iran, Taherkhani listed that lower price, better customer services and spare parts provision were the distinctive features.

Firstly appearing in the 1950s to 1960s a hovercraft, also known as an air-cushion vehicle or ACV, is a craft capable of travelling over land, water, mud or ice and other surfaces. Hovercrafts use blowers to produce a large volume of air below the hull that is slightly above atmospheric pressure. The pressure difference between the higher pressure air below the hull and lower pressure ambient air above it produces lift, which causes the hull to float above the running surface. For stability reasons, the air is typically blown through slots or holes around the outside of a disk or oval shaped platform, giving most hovercraft a characteristic rounded-rectangle shape.