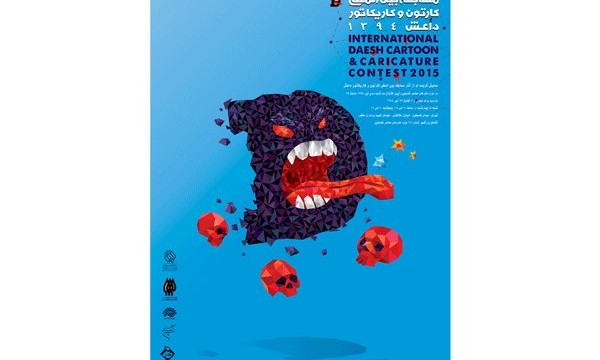 Iran’s Islamic Development Organization has held a poster exhibition to raise awareness about the global threats posed by the Daesh (ISIL) terrorist group.

‘Daesh; Global Terrorism’ kicked off during a ceremony attended by cultural officials from Iran and a number of neighboring countries in the capital Tehran on Saturday. It will run until August 19.

“The posters use English, Arabic and Persian languages, and incorporates Arab, Iranian and European art symbols so that people from different backgrounds can make contact with the ideas presented in the works,” Bavizadeh explained.

Bavizadeh’s posters were earlier displayed during an exhibition held at Iraq’s Babylon University in June, 2015. The event was warmly welcomed by the Iraqi public as well as artists and cultural officials.

‘Daesh; Global Terrorism’ is the second art exhibition held in Iran on the subject of Daesh terrorism. Earlier in June, an International ISIL Cartoon & Caricature contest drew dozens of artists from around the world to the Iranian capital.

Organized by Iran’s House of Cartoon, the event displayed over 1,000 artworks from more than 40 countries. The works focused on the atrocities committed by the Daesh militants in the Middle East, and urged the international community to combat the growing threat of terrorism.