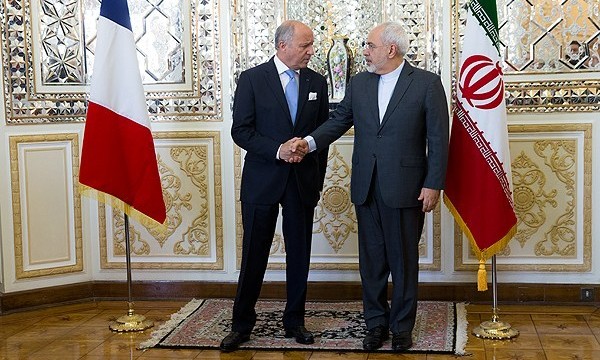 Sanctions against Iran crumble as America wrangles over the nuclear deal: Guardian

Tehran, Aug 7, IRNA – “EU government ministers and business leaders are racing to begin new era of cooperation with Tehran – regardless of what US and Israeli sceptics say” the British newspaper The Guardian wrote.

It said “ As debate rages among politicians and pundits in Washington over whether to endorse last month’s historic nuclear compromise with Iran, key European allies have already given their verdict: a resounding thumbs up.

Government ministers and business leaders in France, Germany, Italy and elsewhere in the EU are racing to open up a new era of diplomatic, trade

, investment and possible future military cooperation with Tehran, regardless of what American and Israeli skeptics say.

While Americans argue over timescales, technicalities and Iranian trustworthiness, behind their backs the scramble for Persia, recalling Europe’s 19th-century scramble for Africa, has already begun. The cohesion of the international sanctions regime isolating Iran is crumbling by the day.”

Referring to the Wednesday speech of the US President Barack Obama marking the 1945 atomic bombing of Hiroshima and the anniversary of the 1963 nuclear test ban treaty, it noted that he suggested that “his opponents are the same people who supported the ill-fated 2003 Iraq invasion. The implication is clear: if the deal

is shot down, another Middle East war may soon follow.”

“Binyamin Netanyahu, Israel’s prime minister, is leading the rejectionist charge, backed by well-funded lobbyists such as the American-Israel Public Affairs Committee. In a US webcast on Tuesday he said the pact, which envisages billions of dollars in sanctions relief for Iran, was a bad deal encouraging nuclear weapons proliferation.”

council endorsement, are busily mending fences with Iran, keen not to miss out on potentially mouth-watering financial, trade and geopolitical dividends.

Although implementation of the deal is staggered, they are acting as though sanctions have already been lifted. They have not. But it seems increasingly plain that, even if Congress blocks Obama, it may be too late to rescue the international sanctions regime,” the daily stressed

Quoting the Harvard analyst Stephen Walt, the British newspaper went on note that “In the end, we either implement this deal, or we will have: 1) a collapse of the sanctions regime and an Iran that is free to develop its nuclear capacity with few constraints, or 2) a preventive war that would give Iran a powerful incentive to acquire a bomb and only reduce its capacity to do so temporarily.’’

“Signs of unravelling are everywhere. Making the first visit to Iran by a French foreign minister for 12 years, Laurent Fabius said last month that France hoped to cash in on business opportunities

, especially oil and cars. A delegation of about 100 French business leaders will visit Tehran in September. In a dramatic gesture of renewed friendship, Fabius said Hassan Rouhani, Iran’s president, had been invited to make a state visit to France in November.”

to the daily, “Others have not been far behind. Sigmar Gabriel, Germany’s vice-chancellor and economy minister, met Rouhani in Tehran last month in an effort to get in early. A delegation of German business representatives also travelled to Iran, including the heads of the industrial gases group Linde and the chemicals firm BASF. A preliminary agreement to open German banks in Iran has reportedly been reached.

Italy’s foreign minister held talks in Tehran this week and announced on Wednesday that Rouhani would visit Rome “in the coming weeks”. A memorandum of understanding

Europe’s enthusiasm for re-engagement has been welcomed by Iranian government leaders who, like Obama, face domestic opposition from conservative critics of the nuclear deal

They calculate that the faster and deeper the rapprochement with Europe, the harder it will be to isolate Iran again, even if the nuclear deal

collapses. And other major international players like China and Russia, which disliked sanctions all along, will help accelerate Iran’s rehabilitation