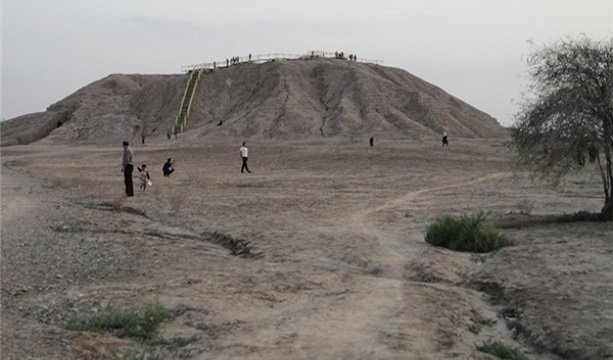 BEHBAHAN, Aug. 03 (MNA) – Head of the speculation and exploration team in Mahtaj Hill in Behbahan,Khuzestan Province, says signs of a 9000-year-old settlement have been discovered in the site.

Hojjat Darabi said on Monday the results obtained from speculation and exploration operations carried out in Mahtaj Hill of Behbahan in Khuzestan Province which includes the earliest evidence on farming and animal husbandry in this region indicates the existence of a nine-thousand-year-old Pre-Pottery settlement in Behbahan.

Mahtaj Hill, located to the northwest of Behbahan,  was registered as a Pre-Pottery Neolithic site last year following the archaeological research conducted by Abbas Moghadam.

All the site’s surface has been flattened and very little remains of the lower layers of the settlement, said Darabi.

“The findings mostly include stone tools such as grindstone and its handle which shows that producing and processing of vegetarian food played an important role in the livelihood of Mahtaj Hill inhabitants,” said the Iranian archaeologist.

According to Darabi, Mahtaj Hill can provide the earliest evidence regarding farming and animal husbandry on the plains near the shores of the Persian Gulf.