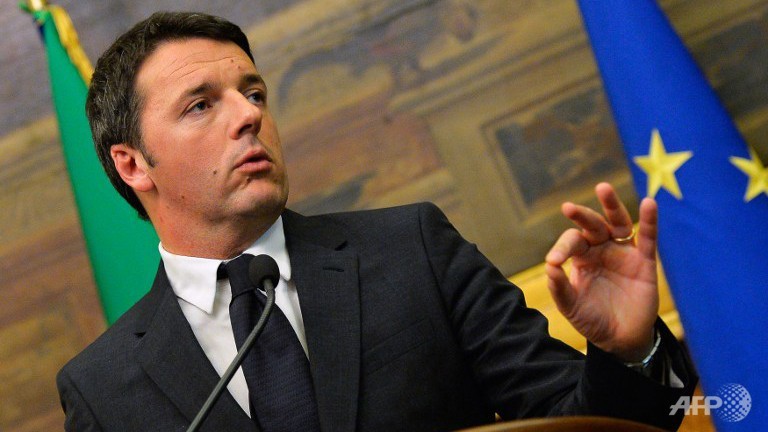 TEHRAN (Tasnim) – Italian Premier Matteo Renzi extended an invitation to Iranian President Hassan Rouhani to pay an official visit to Rome, as other European countries are already in a race to boost political and economic ties with Tehran.

In a Wednesday meeting with President Rouhani in Tehran, the visiting Italian Foreign Minister Paolo Gentiloni handed over the invitation to Rouhani and voiced his country’s willingness to promote relations with Iran in diverse political and economic spheres.

The Italian top diplomat further expressed the hope that given the competition between different countries to host the Iranian president, the possible trip to Italy by President Rouhani would happen at the earliest.

In addition to political relations, the two countries can also cooperate in diverse economic areas at international levels, he noted.

Gentiloni further emphasized that a high-ranking delegation of industrialists and businessmen are accompanying him in the trip to Iran to promote economic ties.

He expressed the hope that the mutual cooperation between Iran and Italy would serve the interests of both countries.

The Italian foreign minister’s visit came as part of a new wave of renewed interest in ties with Iran after Tehran and the Group 5+1 (Russia, China, the US, Britain, France and Germany) on July 14 reached a conclusion over the text of a comprehensive 159-page deal on Tehran’s nuclear program.

Earlier in July, German Vice-Chancellor and Minister for Economic Affairs and Energy Sigmar Gabriel at the head of a high-ranking trade delegation including the representatives of 20 German economic giants visited Iran and held meetings with senior Iranian officials.

French Foreign Minister Laurent Fabius also made a visit to Tehran in late July and held meetings with a number of Iranian officials including President Hassan Rouhani and invited him to France.

Three Spanish ministers of trade, energy and tourism, along with a 40-strong trade delegation, are also scheduled to visit Iran in the near future.