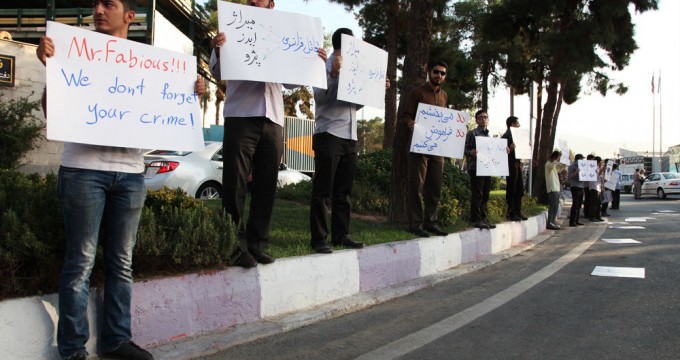 Tehran, July 29, The Iran Project – A group of Iranian university students gathered at Tehran’s Mehrabad airport on Wednesday morning to protest against the visit of French Foreign Minister Laurent Fabius to Iran.

A group of students of Tehran universities, holding placards, gathered at Mehabad airport to express their anger at the trip of French Foreign Minister Laurent Fabius to Iran.

Police officers, who asked the students to end their rally, arrested some students but they were released eventually.

Since last week, many Iranian internet users also voiced their opposition to the visit of French FM to Tehran by posting some banners in protest at infected blood supplies to Iranian patients. 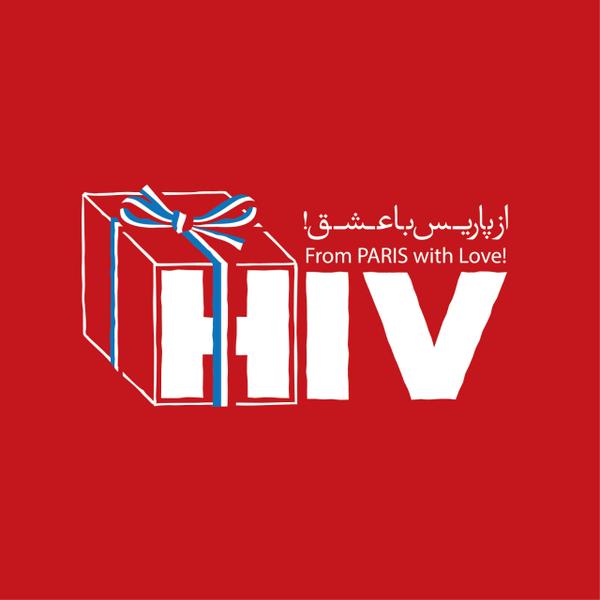 A banner circulated in Iranian cyberspace in protest at Fabius visit to Iran over infected blood exports, which reads “From Paris With Love.”

Iranians’ opposition to Fabius’s visit to Tehran stems from his involvement in the selling of infected blood products to Iranian companies in the 1980s and his tough stance against Iran throughout nuclear negotiations.

The controversial case of infected blood dates back to 1984 and 1985, when Fabius served as the prime minister of France. He was, at the time, accused of having a hand in a French company’s deliberate selling of blood products contaminated with HIV to a number of countries, including Iran.